A former president of Nigeria, Goodluck Jonathan has met with President Muhammadu Buhari in Aso Rock. 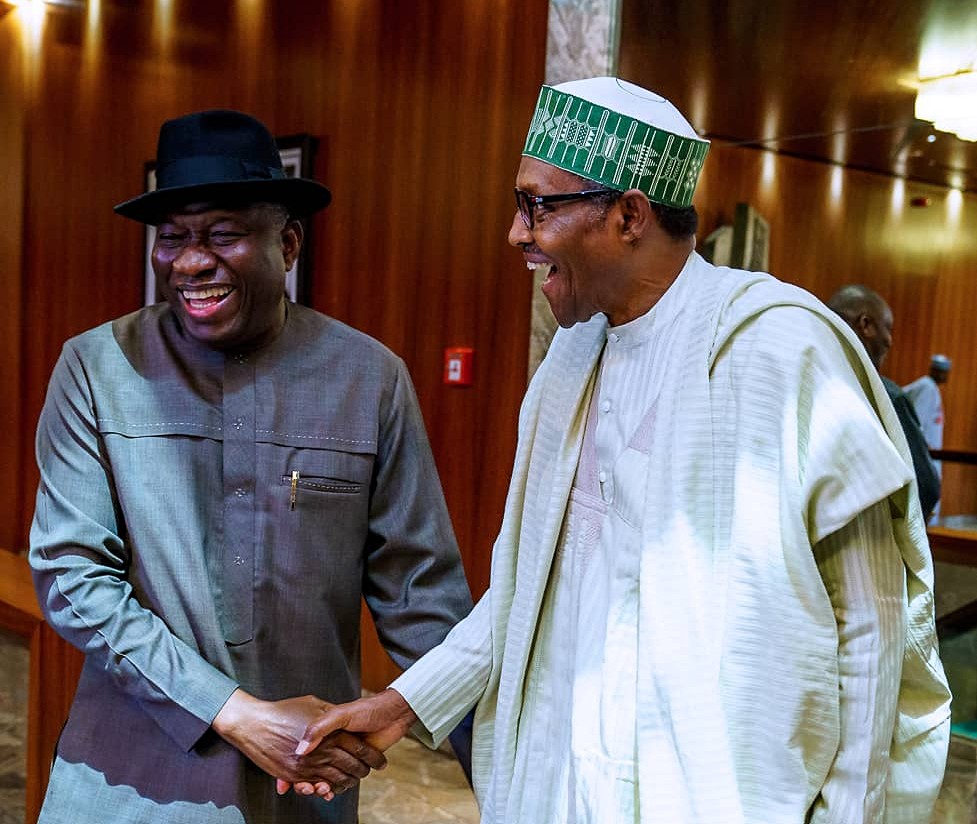 Ex-President Goodluck Jonathan on Thursday declined to comment on the outcome of his meeting with President Muhammadu Buhari at the Presidential Villa, Abuja.

News Agency of Nigeria reports that the agenda of the meeting between President Buhari and Jonathan, which lasted for about 15 minutes, was unknown to newsmen.

The former president, who was escorted to his car by the State Chief of Protocol, Amb. Lawal Kazaure only answered greetings from State House correspondents and other staff.

NAN observed that the former president visited the Presidential Villa for the fifth time as he was last seen in the State House in 2016.