The EFCC has spoken on how a bank account and several properties were discovered in the name of Maina’s son, Faisal. 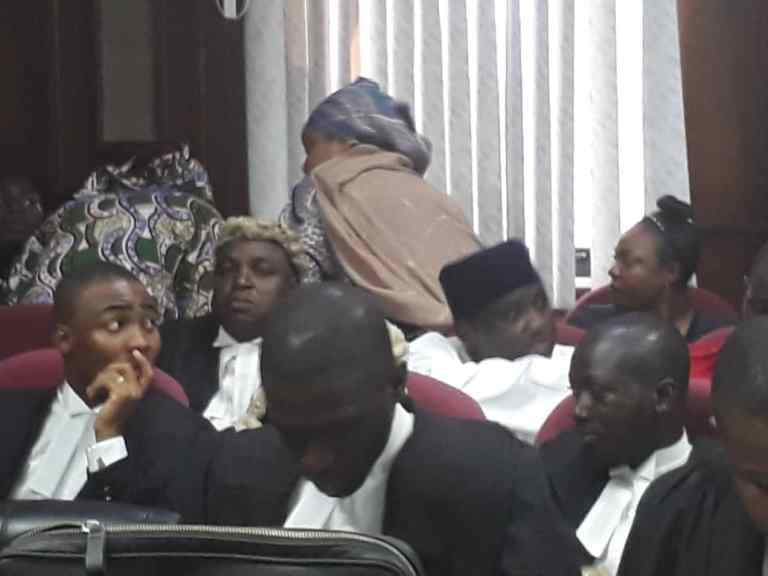 An operative of the anti-graft agency, EFCC, on Wednesday narrated to a Federal High Court in Abuja, how a bank account and several properties were discovered in the name of Faisal, son of a former Chairman, Pension Reform Task Team (PRTT), Abdulrasheed Maina.

The official, Mohammed Goje, is a member of Pension Fraud Team of the anti-graft agency that investigated the Mainas.

PREMIUM TIMES reported how Faisal was arrested alongside his father in September.

He is accused by the EFCC of operating an account with the United Bank for Africa (UBA) which he used to divert various sums of money, including N58 million.

He pleaded not guilty to the three-count charge filed against him.

The witness, while testifying on Wednesday, said the Pension Fraud Team was constituted in 2010 to conduct investigation into pension accounts audit at the office of the Head of Civil Service of the Federation as well as the Police.

“During the investigation of Abdulrasheed Maina, who was involved in a complex web of money laundering, which include movement of funds from the police pension account as well as the accounts of the pension office of the Office of the Head of Service of the Federation to corporate entities as payment for biometric enrollment; payment of collective allowances and payment of contracts, which were fraudulent.”

Mr Goje said during the investigation, a letter was sent to Corporate Affairs Commission (CAC) to request for information on some of the companies they came across in the course of investigation.

“They obliged us with copies of incorporation, Form C02 and other documents, which revealed the directors of the companies and their shareholders.

“Also, we sent letters of investigation activities to banks and requested for details of accounts and they obliged with these documents,” he said.

The witness said in September 2019, the EFCC received an intelligence report that Abdulrasheed Maina was in the country “but they did not know where he was.”

“So, the EFCC liased with the DSS (SSS) to assist us in effecting the arrest of Maina. He was eventually arrested along with the defendant (Faisal) on September 29, 2019.

“The DSS handed them over to us on the October 2, 2019 along with some items recovered from them, which include cars and personal belongings in suitcases, handbags and Bagco bags.

“We granted them an opportunity to invite their lawyers because we were directed to record their statements. On October 3, Faisal was interviewed in the presence of his lawyer. His statement was recorded in his own handwriting and signed. Additional statements were recorded about three or four times later. He also filled his declaration of assets form in the presence of his lawyer,” he said.

Mr Goje added that during the investigation, they came across an account named Alhaji Faisal Abdullahi Farms with the UBA, of which he (Faisal) is a co-signatory with Abdulrasheed Maina.

The EFCC official added that Alhaji Faisal Farms is operated by Abdulrasheed Maina and that investigation revealed that the account was funded with the proceeds of illegality.

The witness said although the defendant’s name is Faisal “while filling the asset declaration form, he indicated Abdullahi, which is his grandfather’s name”.

“The full name of the defendant is Faisal Abdulrasheed Maina but in the course of filling the declaration of assets form, he indicated his grandfather’s name, Abdullahi.”

Nigerian Man Who Just Arrived From China, Slumps And Dies At Lagos Airport

ESN, IPOB Behind Killing of Traditional Rulers in Imo – Police