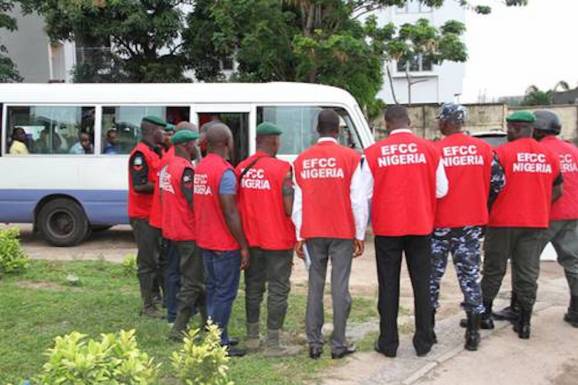 The Ilorin Zonal Office of the Economic and Financial Crimes Commission (EFCC) has arrested three persons including a Vice Principal for allegedly collecting money from students participating in the ongoing National Examination Council (NECO) at Government Day Secondary School, Ote in Eiye-Nkorin Area of Kwara State.

The suspects are, the Vice Principal of the School, Issa Abdulrahman, a teacher, Usman Lanre Kayode and a supervisor of the examination in the centre, Saka Isiaka.

The Commission was said to have received an intelligence report that the school management and supervisors of the centre were extorting money from the students writing NECO in order to assist them in the examination.

But problem started when an operative of the Commission dressed in an usual way on Friday 6th of December, pretending to be a passerby.

An iPad containing answers to all the questions was recovered from them.

The suspects, according to the EFCC, would soon be charged to court.