Uncle stabs nephew to death for quarreling with fiancé 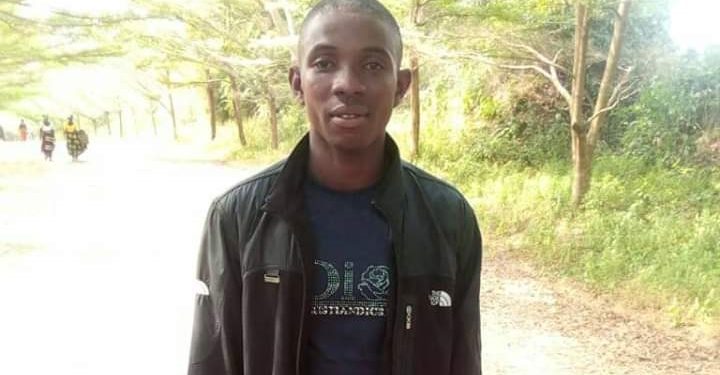 The incident, it was gathered, threw family members and indigenes of Abayi village in Osisioma Local Government Area of Abia State into mourning.

It was learnt it happened when Samuel returned to the village from his base in Umuahia, the state capital on December 24 , to spend the Christmas holidays with his family.

He was reported to have quarreled with the uncle’s girlfriend, though eyewitnesses couldn’t ascertain the nature of the fight.

The deceased, in his mid-twenties, was stabbed while lying in his room after the matter seemed to have died down.

Sources from the Abayi village told our reporter he was rushed out of his father’s house after being stabbed in the chest by his uncle in an attempt to save his life but he died on the way to the hospital.

“The man that stabbed him is the deceased father’s last brother. Their house is very close to the flyover. He had a little misunderstanding with his uncle’s girlfriend.

“The uncle acted like someone that was manipulated. He used a knife to stab the guy in the chest and by the time he was taken to the hospital, he was declared dead.

“The man has been arrested and is being detained at the Osisioma Police Division but efforts are ongoing to transfer him to the State CID in Umuahia, the state capital.

“The boy has started writing his final year project because he will be graduating next year’s March.

“He thought that the matter he had with the uncle’s girlfriend earlier in the day has been settled not knowing that the man is still bearing grudge in mind. While he was sleeping, the uncle went into his room and stabbed him.

“His brothers, who should have helped him, were not around but he managed to help himself out of the compound with blood gushing out from the knife wound.

“By the time he got to the Osisioma junction, he has lost a lot of blood and when he was rushed to the hospital, they confirmed him dead.

“The uncle is 45 years while the boy is 23 years. The boy is known for hard work and doesn’t look for people’s trouble. But what happened between him and his uncle’s fiancé is what we can’t tell.

“We learnt that the case is being transferred from Osisioma Police Station to the State CID for further investigation.”

When contacted, the Police Public Relations Officer (PPRO), Geoffrey Ogbonna said that he was yet to be briefed on the incident.

A source in Abia State Government House with whom the late Samuel markets Abia Rice (Osikapa Abia) confirmed his death, stating that they were shocked to learn of the development.