Two boys have reportedly died after plunging into a river while riding on a bicycle in Osun. 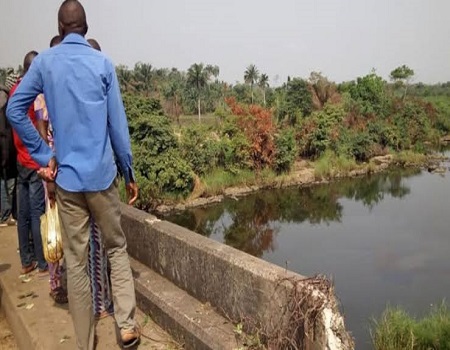 According to source, the  tragedy struck in Omu, a community in Obokun Local Government Area of Osun State on Saturday when two boys, simply identified as Tunde (24) and a teenager, known as Samad, plunged into a river while riding on a motorcycle.

The incident was said to have occurred while the boys were passing on a makeshift bridge on the river, which is the boundary between Osogbo, the state capital, and Obokun Local Government.

Nigerian Tribune gathered that the deceased was heading to one of the villages in the community to bring their father to Osogbo for the weekend when their motorcycle slipped on the plank used as a temporary bridge and plunged into the river.

An eye witness, Akeem Adekunle, said that the duo was on the motorcycle crossing the river when they slipped and plunged into the river.

According to him, “Tunde often come to the village to take his father to Osogbo for the weekend, while the elderly man would return on Monday, but this Saturday, he was with his cousin, Samad, who was about 16. Their motorcycle slipped on the plank bridge and while struggling to avoid serious injury, they fell into the river.”

Efforts made to rescue the duo were unsuccessful as they were brought out of the river dead by local divers who spent about 20 minutes while trying to retrieve their bodies due to depth of the river.

The incident was reported at Ibokun police station, and the Divisional Police Officer visited the scene after the bodies had been evacuated by the victims’ relatives.

DSS Rescues Two Kids, 3 Years After They Were Kidnapped