Two Groups Clash In Abuja Over Continued Detention Of Sowore 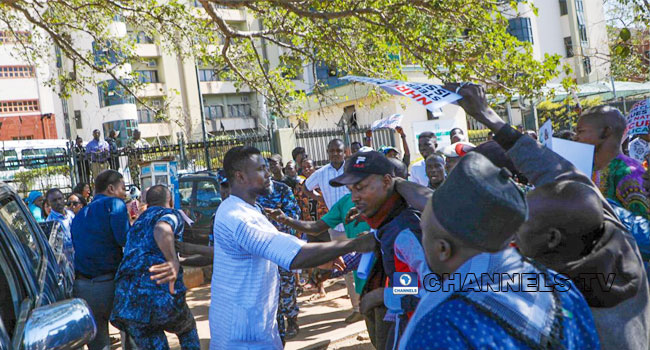 A clash occurred between two groups in Abuja on Monday over the continued detention of RevolutionNow Convener, Omoyele Sowore.

A civil rights group, The Enough Is Enough Movement, had given a 14-day ultimatum to the federal government to release Mr. Sowore or face nationwide protests.

On Monday, the group marched in front of the National Human Rights Commission in Abuja to submit a petition against the government.

They were confronted by another yet unidentified group.

Our correspondent noted that the clash occurred in full view of the police who had to eventually intervene to restore calm.

Sowore and his co-defendant, Olawale Bakare, are standing trial on a 16-count bordering on treasonable felony and money laundering amongst other charges.

They have since pleaded not guilty and were granted bail in the sum of N100 million and N30 million respectively.

The Department of State Services (DSS) had refused to release them on bail even after they met their bail application, forcing Justice Ijeoma Ojukwu to issue a 24-hour order for their release.

Sowore was, however, rearrested on December 6 shortly after he was released on bail by the DSS over a yet to be disclosed offense. 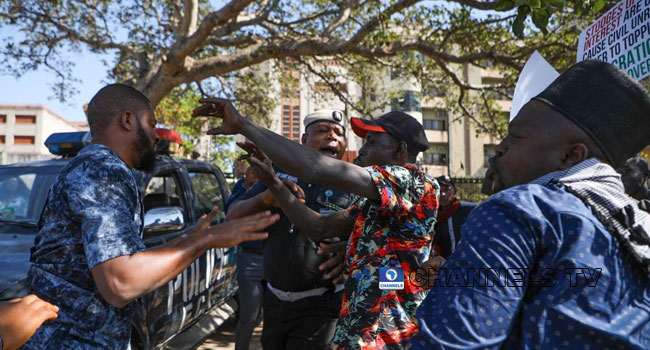 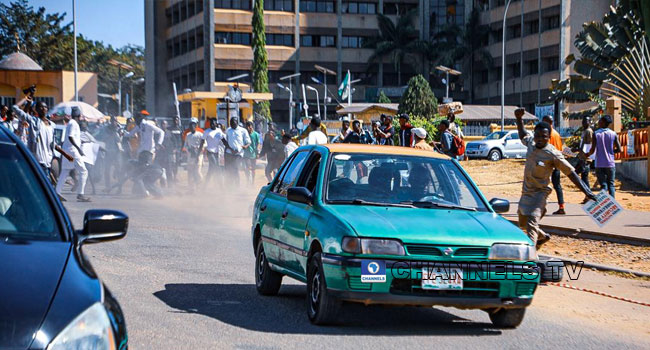 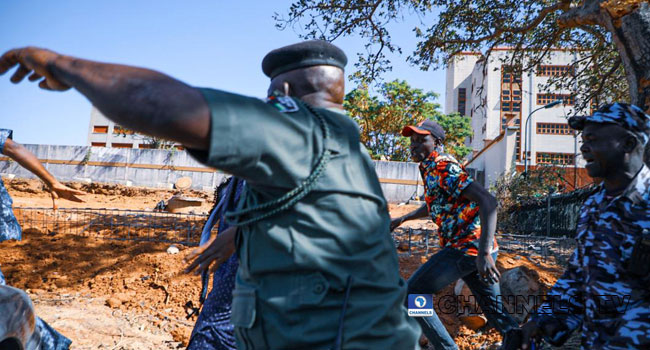 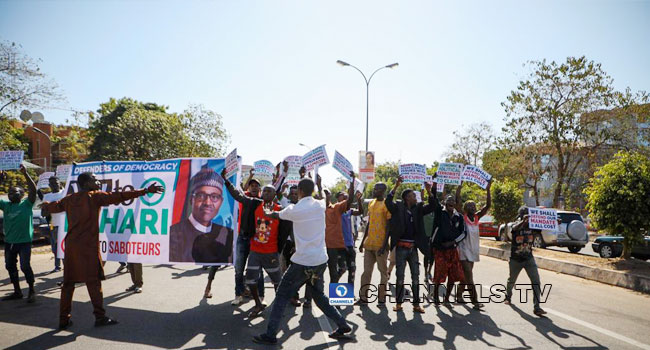 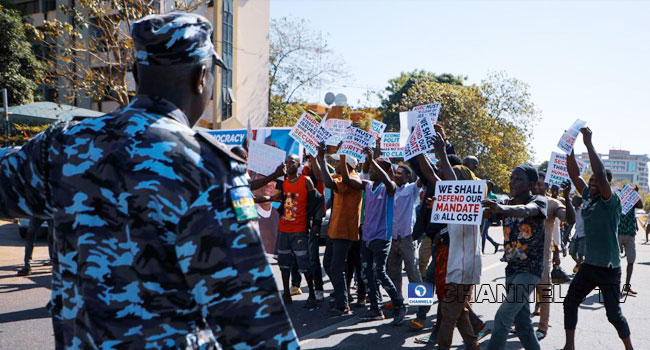