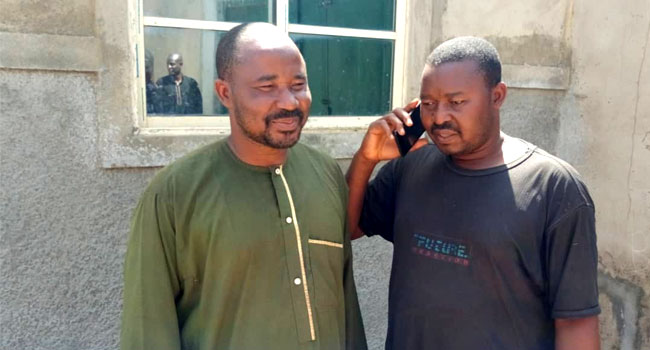 Two lecturers kidnapped in Mahuta community of Igabi Local Government Area of Kaduna State have regained their freedom after spending six days in the hands of their abductors.

The two lecturers, Adamu and Umar Chinoko both brothers from Kebbi state, were abducted by gunmen suspected to be kidnappers on November 11.

He explained that Adamu Chinoko was the first to be kidnapped by the gunmen while Umar, his brother, who went deliver a  ransom of   N2.1 million and a motorcycle was equally seized by the bandits who later demanded additional N5 million before they will release the two men.

The police spokesman, however, said that operatives are still trailing the kidnappers with a view to arresting and prosecuting them despite the release of the two lecturers.

One Killed, Police Officer And Two Others Injured As Bandits Attack Katsina

One Killed, Police Officer And Two Others Injured As Bandits Attack Katsina