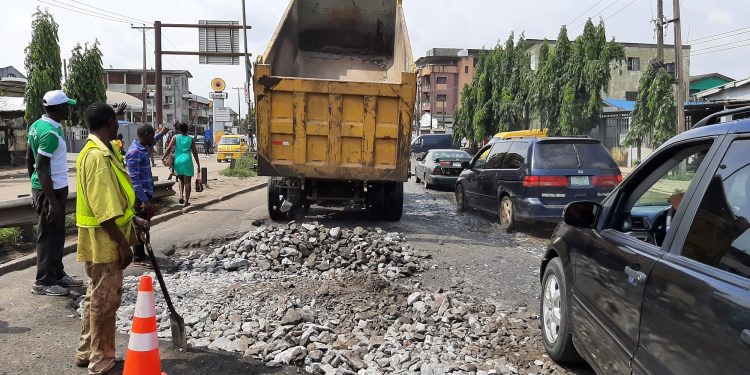 Lagos State Government on Friday began work on four major road junctions within the metropolis to relieve the nightmare of motoring public.

Addressing reporters on the development, the Commissioner of Transportation Dr Frederic Oladeinde listed the four junctions to include the Second Lekki roundabout, Allen Avenue Roundabout, the Ikotun roundabout and Maryland junction.

Oladeinde who addressed reporters alongside Commissioner for Information and Strategy Mr Gbenga Omotoso and top management staff of the ministry, led by the Permanent Secretary Mr Houtonu Wenu, among others, said the government in line with its executive order one has identified 60 very critical junctions that needed such expansions in order to relieve commuters of the nightmare of travelling on the roads.

According to Oladeinde, contractors, who would handle the four roundabouts, have moved to site and all would be delivered by April.

According to him, the junction improvements to be carried out at those junctions include the removal of the roundabouts and separating the streams of traffic through adequate traffic signalisation, synchronisation of the traffic signal lights through intelligent traffic system to recognise traffic densities and prioritise same, increase the capacities of the roads through lane stacking, upgrading of alternative roads and erecting of pedestrian barriers to separate pedestrian and vehicular conflicts on the roads.

He disclosed that men of the Lagos State Traffic Management Authority would be mobilised to assist in freeing up traffic during the construction even as he urged Lagosians to cooperate with them and exercise restraint with traffic management officers who are out to make their travel time less stressful.

He said plans were afoot to ensure that all the 60 roundabouts identified by the government for improvement would be tackled within two years, adding that only 27 of such spots fall into mega roundabouts that needed major reconstruction.

Oladeinde further disclosed that the desire to commence cashless tolling at the Admiralty toll plaza, and the Lekki-Epe toll as well as the Lekki-Ikoyi Link Bridge are also part of the measures to reduce the pains of the commuting public especially on that axis of the road.

He restated also the commitment of the government to the full activation of the rail and waterways transportation with the commitment to delivering the Blue light rail next year, while the red line will be taking off immediately after.

He said a seamless intermodal transportation is the ultimate key to unlocking the state’s traffic congestion.

The Commissioner for Transportation and his counterpart from the Ministry of Information and Strategy, Omotoso later led reporters on tour of the four roundabouts to witness the takeoff of the project.

I will permit necessary flexibility in governance, says Makinde