Three members of the Delta state entourage to Jerusalem pilgrimage have reportedly absconded. 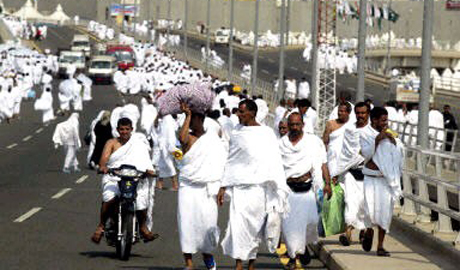 He therefore, called for thorough screening process to prevent future abscondment of pilgrims to Holy lands.

Speaking at the swearing in of Apostle Sylvannus Okorote as his Special Adviser on Religious Matters along with the inauguration of seven boards in Asaba, Governor Okowa noted that there was the need for thorough screening process devoid of sentiments to prevent future recurrence of pilgrims absconding on arriving the holy land.

“The issue of people absconding in Jerusalem rather than going for the purpose for which they were sent there is becoming very worrisome and a lot of work is to be done to check this trend. There have been information showing that three persons absconded in their pilgrimage trips.

“There will be an investigation to look into the sources where the recommendations for these individuals came from because such incidence is very embarrassing and that is unacceptable from our state.

“So, the process of screening for pilgrimages must be one that is thorough, one that is devoid of sentiment and when we find those responsible for this mishap, they will no longer be allowed to make recommendations now and in the future”.

Responding, Apostle Sylvannus Okorote thanked Governor Okowa for the appointment and assured that the religious bodies in the state would contribute meaningfully to the achievement of the agenda of a stronger Delta

My Husband Is A Chronic Womaniser – Wife Tells Court