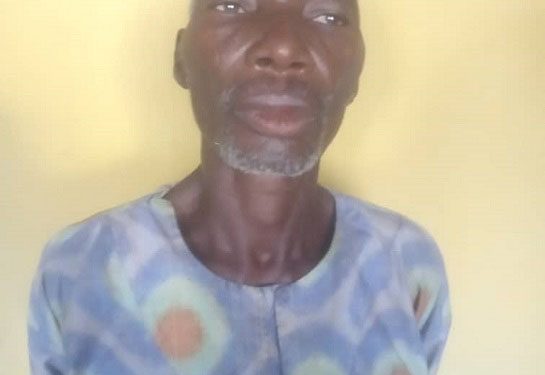 A LAGOS school teacher has been accused of sexually assaulting a nine-year-old physically-challenged pupil.

The teacher, identified as Jacob Peter, is being detained at the Gender Unit of the Lagos State Police Command in Ikeja.

He was alleged to have inserted five fingers into the minor’s private parts on several occasions before eventually penetrating her.

The victim’s mother said she noticed that her daughter was urinating frequently and uncontrollably, a development she found strange.

The woman said she queried her daughter for urinating on her body and probed further to ascertain what was wrong with her, only for the girl to confess that her teacher had been forcing his fingers and manhood into her private parts.

The woman said with the help of a family friend, she ran to Magodo Police Station, Isheri and reported the case, which led to the arrest of the teacher.

She said the girl was taken to Mirabel Centre at the Lagos State University Teaching Hospital (LASUTH), Ikeja, where it was established that she was penetrated. She was then given treatment.

He said the suspect would be arraigned on completion of investigation.

The police in Ogun State have arrested a 60-year-old man, Taofeek Shotayo, for alleged rape of his neighbour’s 10-year-old daughter.

The suspect was arrested on Monday evening following a report at Aregbe Police Station by the victim’s stepfather.

It was gathered that Shotayo, a resident of Abule Aro in Obantoko, Abeokuta, gave the victim N600 each on both times he raped her.

Spokesman DSP Abimbola Oyeyemi said the suspect had confessed, adding that the case would be transferred to the Anti-Human Trafficking unit of the State Criminal Investigation and Intelligence Department (SCIID) for further investigation and prosecution.