Sultan tackles CAN on ‘persecution’ of Christians 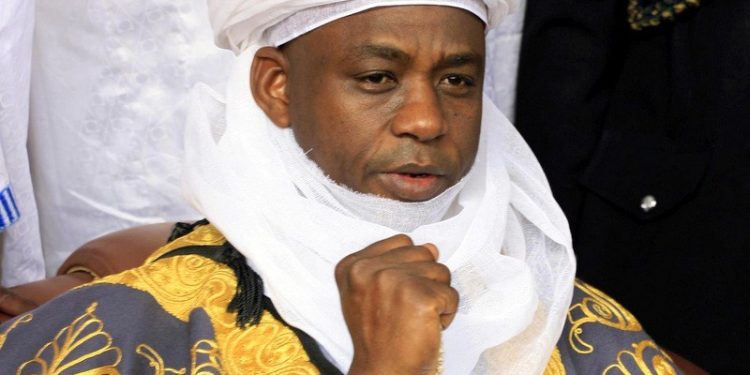 Christians are not being persecuted in the country, Sultan of Sokoto Sa’ad Abubakar, has declared.

He faulted the Christian Association of Nigeria (CAN’s) claim as “false and partial”.

The head of Nigerian Muslims is also responding to the United States Department of State report, which listed Nigeria among countries that fail the religious tolerance test.

“If such persecution really exists, such is supposed to be tabled at the Interfaith Forum where Muslims and Christian leaders meet periodically to discuss issues that promote harmonious co-existence between the two religions,” the Sultan said at the  77th annual Islamic Vacation Course (IVC) organised by the Muslim Society of Nigeria (MSSN), at the Bayero University in Kano.

He said it was wrong to conclude that the criminal acts linked to the Fulani were perpetrated by Muslims.

According to him, the criminal activities perpetrated by armed “Fulani herdsmen” were not triggered by religion, “because not all Fulani  are Muslims”.

The royal father added that there are Christian Fulani just as there are Muslims ones.

“Many Fulani are atheists whose main interest is to protect their cattle,” the Sultan added.

National President of CAN Dr. Samson Ayokunle, supported the inclusion of Nigeria by the United States (U.S.) on the list of nations that tolerate religious persecution.

Ayokunle said the U.S. was not blind to the alleged killing and alienation of Christians in key political appointments.

The statement by CAN said Christians are the targets of Boko Haram and bandits.

The statement added: “All the key appointments that are being made since the second term of the President began, follow the same blueprint. These are facts and they are violations of some portions of the 1999 Constitution (as amended).

“It is a fact that no fewer than 95 per cent of those who are being detained by the terrorists are Christians and the government has been paying lips service towards securing their freedoms.

“Leah Sharibu is a case study and the only reason why the government that secured the release of her colleagues has not freed her is because of her religion. We wonder why the government has not done the needful to liberate this innocent girl who happens to be a daughter of a Police officer.”

But the military explained that troops have been unable to rescue Sharibu and some aid workers kidnapped by the Boko Haram terrorists because  ”troops are cautious not to put the captives’ lives in danger”.

The Federal Government has also refuted the claims that the President Muhammadu Buhari-led administration is alienating and persecuting Christians.

Reacting to the Sultan’s claim, CAN, in a statement by Special Assistant to its President, Mr. Adebayo Oladeji, said it stood by its position. “If he truly said we Christians are not being persecuted simply “because not all Fulani are Muslims”, then, with due respect, he got it totally wrong.

“In the statement being referred to, we did not accuse the Fulani Muslims of being responsible for the genocide that took place in Southern Kaduna, Benue, Plateau, Taraba and a few others states by the herdsmen killers. If the criminals that were responsible  were among the “many Fulani  who are atheists and whose main interest is to protect their cattle, we expect the Sultan to let them fault our claim.

“On the observation made by His eminence that if there have been cases of Christian persecution in the country we would have raised it at the Nigerian Inter-Religious Council (NIREC), where the leadership of the both religions meet, we wonder why the Sultan too could not come to NIREC to fault our position instead of using the public forum. The fact that we are meeting at NIREC does not mean that all is well. We believe it is the government of the day that is failing in its responsibilities by not doing enough in those predominant Christian communities that have become the killing fields and not the Muslim leaders. And that is why whenever we meet with President Muhammadu Buhari, we have been asking him to stop the persecution and the lopsided appointments of his government.”