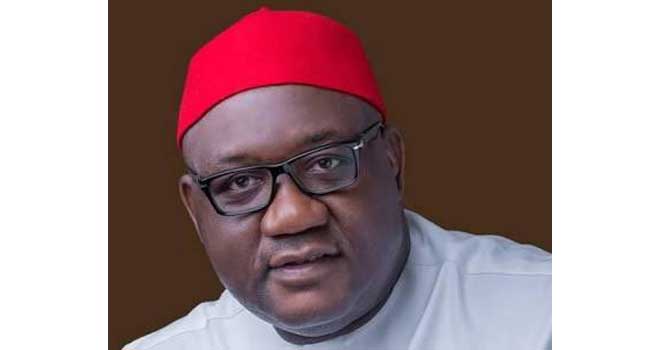 Lawan in a series of tweet on Wednesday said the news of Senator Uwajumogu’s passage is more difficult to accept.

“Senator Uwajumogu was full of life at the Senate Chamber on Tuesday, which made the news of his death even more difficult to take,” he said.

The Senate President noted that “Senator Uwajumogu’s sudden death is shocking and a painful loss to the ninth National Assembly where he always made robust contributions to the debates and other activities of the Upper legislative chamber.”

He regretted that members and workers of the Ninth Assembly will greatly miss their departed colleague.

Similarly, the Speaker of the House of Representatives, Femi Gbajabiamila, said he was saddened by the incident.

Gbajabiamila recalled that the deceased lived a selfless life while serving as a member of the Imo State House of Assembly, Speaker of the house and Senator.

He, therefore, called on other lawmakers to emulate the virtues of the departed lawmaker, stressing that Senator Uwajumogu was “kind to friends and strangers alike, and he gave of himself generously to those in need.”

“His public service, from his time in the Imo State House of Assembly as a member, and later as Speaker of the Assembly, through to his service in the Senate of the Federal Republic of Nigeria, was never about personal ambition for its own sake.

“He was a man of the people, who served for the people and now, has left a legacy which the rest of us must emulate and surpass.

“My heart goes out to his wife and children, to his extended family, and to his friends, aides and constituents. I pray that God will give them the grace to bear this loss, and grant to the dearly departed, eternal rest. May his kind and gentle soul, rest in perfect peace,” the Speaker said.