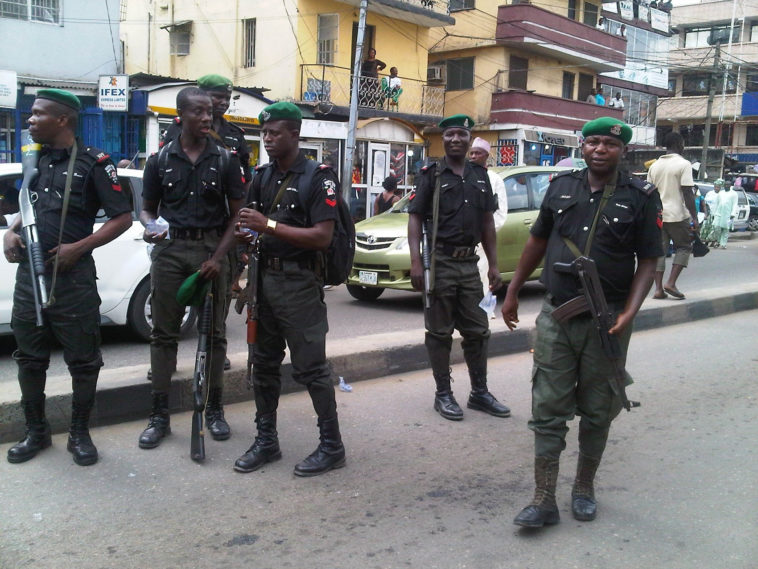 A security guard at the Dangote Refinery, Samuel Eguakin, has died in a guest housel, the Thomas Suites, at Itoki in the Akodo area of the Lekki Local Council Development Area of Lagos State.

The source  gathered that three yet-to-be-identified guards at the refinery had been lodging in the guest house for over seven months before Eguakin joined them.

Eguakin was said to have spent about one month in the guest house when his lifeless body was discovered in room 05, where he usually stayed after returning from work.

On the day the corpse was discovered, source  learnt that the 54-year-old guard had left for work as usual but returned early and went straight into the room.

When his co-guards returned from work in the evening, they were said to be relaxing in the guest house’s premises and realised that they had not seen Eguakin.

The guest house’s manager, one Mr Korede, was sent to check on him in his room, but after seeing him lying on the bed, he told his co-guards that the man was sleeping.

When it was getting late, one of the guards became worried and went to the room to check on Eguakin, but on getting there, he also met him lying on the bed.

Everything, however, changed when several calls to his phone were unanswered.

Korede said the management of the refinery was immediately informed, adding that the incident was also reported at the Akodo Police Station and policemen were mobilised to the hotel.

He stated, “The man and his co-guards work at the refinery, so, one of them, who usually lodges at the guest house, called me to reserve a room for Eguakin and since then, he had been staying in room 05 in the hotel.

“Eguakin had been in the guest house for over a month; a day before he died, he checked into his room around 10pm and brought in water and an alcoholic drink, because we don’t sell drinks and food in the guest house.

“In the morning, I saw him in a pair of boxers as he stepped out of his room onto the compound around 6am, but he later went into his room to change and left for work. I also dressed up and went somewhere, but when I got back, I saw his car and knew he had returned. But when his co-workers got back around 6pm, they saw his car but didn’t see him in the compound. So, around 7pm, his co-workers became worried as to his whereabouts and told me to check him in his room.

“When I got there, I saw him lying on his back in his underwear. So, I went back to inform his colleagues that he was sleeping, but when it got late, one of them went to check him in his room and started calling his name but he never responded.

“After assessing him, the man said Eguakin was no longer breathing, so he quickly called someone at the refinery and the police. When they came, they asked if he slept with a woman overnight and I said no, because I didn’t see any woman with him.”

The manager said Eguakin’s remains were taken away by the police, adding that a doctor, who examined the corpse, found nothing suspicious on it.

He said, “I was surprised when they said he had died; I am not happy about his death, because he was like a father to me and I saw him in the morning before his corpse was found in the room. We don’t sell drinks and food in the guest house, because people just come here to sleep and go.

“When the police entered his room, they met money on the table, his ATM card, an empty bottle of alcoholic drink and some other stuff. They later took his remains away but I heard that the doctor’s report indicated that nothing unusual was seen.”

When contacted, the state Police Public Relations Officer, Bala Elkana, said no mark of violence was found on Eguakin’s body, adding that his corpse was evacuated and deposited in the Epe General Hospital’s mortuary.

Elkana said, “A retired captain, one Gaya, who is a senior officer at the Dangote Refinery Company in the Lekki LCDA, Lagos, came to the station and reported that he received a piece of information that retired Major Samuel Eguakin, 54, an Edo State indigene, who was the assistant security manager at the Dangote Oil Refinery, died in his room at the Thomas Suites in Itoki, Lekki.

“The matter is being treated as a sudden and natural death, because there was no mark of violence to show that he was murdered by anybody and nobody has also stepped forward with any information. So, at this point, we have no reason to suspect that he was murdered, but we will allow an autopsy to determine the cause of death. Investigation is ongoing.”

One killed, 16 rescued as boat capsizes in Lagos