ROMANIA: Why does it take 19 hours to respond to teenager’s desperate emergency calls?

A serial killer has admitted to murdering and burning the body of a 15-year-old girl amid outrage over why it took police in Romania 19-hours to respond to the teenager’s desperate emergency calls for help.

Alexandra Macesanu shouted ‘he’s coming, he’s coming’ as she called the emergency 112 line from the house of mechanic Gheorghe Dinca, 65, who had snatched the youngster as she was hitchhiking home.

Bungling police took 12 hours to get to Dinca’s home near the city of Caracal after Alexandra’s third and final call on Thursday.

In a further delay that has added to outrage in Romania, they waited a further seven hours standing outside his house for a warrant to arrive – which they did not need.

Cops eventually found charred bones in a barrel and jewellery at the property. Dinca, who has since admitted killing and burning both Alexandra and another teenager, 18-year-old Luiza Melencu who went missing in April.

Officers are also searching a lake near his home amid fears that there are more victims. 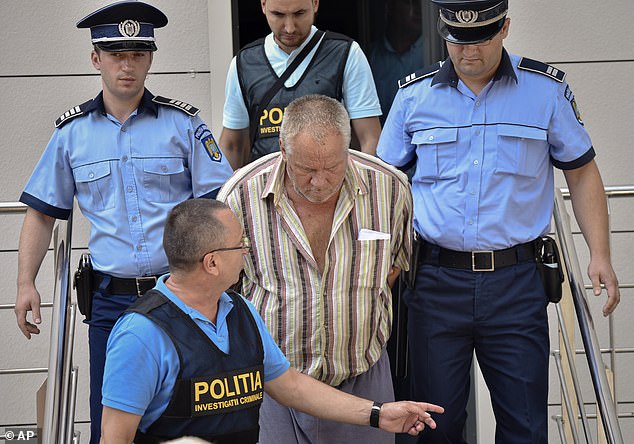 Gheorghe Dinca, 65, has admitted to killing two teenage girls in Romania in a case that sparked nationwide outrage and took the job of the police chief after authorities bungled a rescue-effort taking 19 hours to respond to an emergency call from one of his victims

Dinca was taken into custody Saturday after investigators searching his home and garden found human remains and jewellery belonging to Alexandra.

She was snatched on Wednesday as  he tried to hitch-hike home to Dobrosloveni in southern Romania.

On Thursday morning, he girl managed to ring the emergency number 112 three times and give clues to police about the place she was being held by a car driver who had picked her up.

She yelled ‘he’s coming, he’s coming’ before the line was cut, police said.

‘Gheorghe Dinca has been charged with murder. He is suspected of having killed Alexandra after having kidnapped and raped her,’ prosecutor Georgiana Hosu said, adding that authorities believed that the killing was similar to that of Luiza.

Hosu also said that it was believed that Alexandra was killed on Thursday shortly after trying to call for help.

The case has sparked an outcry in Romania, with thousands of demonstrators taking to the streets of Bucharest on Saturday evening.

Critics allege that officials failed to take the alert seriously and finally reacted too late to locate and help save the teen.

Centre-right President Klaus Iohannis – who is frequently at loggerheads with the ruling Social Democrats – said the ‘resignations of all those who mishandled this case which had such dramatic consequences are obligatory’.

Speaking later on Sunday, he added: ‘The government should ask if it was not the moral author of this tragedy.’

Luiza disappeared three months ago in the same area under similar circumstances.

Her parents this week accused police of also botching the case.

They said one official allegedly implied their daughter may have run off ‘with her Prince Charming’ when they filed their report in April . In Alexandra’s case, officers had searched three buildings before they finally found the house where she had been held, more than 12 hours after her phone calls.

Police then sought a search warrant, which is not required in emergencies, and waited till dawn to enter the house – 19 hours after Alexandra’s last call. 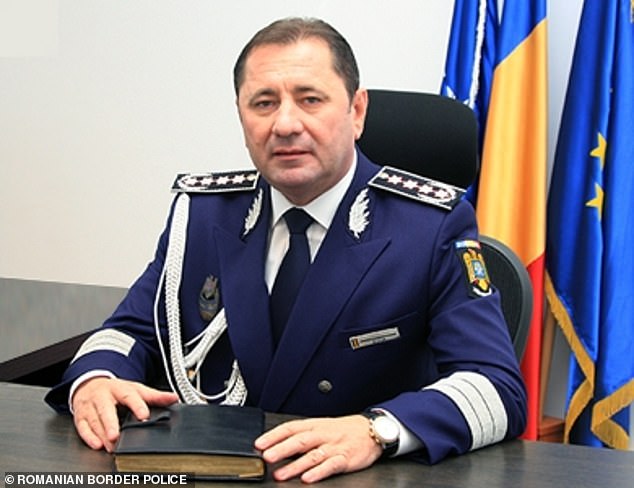 Thousands of protesters rallied outside the interior ministry in Bucharest on Saturday evening, placing flowers and candles at a makeshift memorial.

Chanting ‘assassins’ and ‘incompetence’, the demonstrators demanded that Prime Minister Viorica Dancila and her cabinet step down.

Critics have accused her government of weakening the criminal justice system with controversial reforms also heavily denounced by Brussels.

‘Why did the police not intervene earlier? Everyone needs to answer for this, from police officers and prosecutors to Dancila,’ protester Cristian Nan, 55, told AFP on Saturday evening.

Dancila said she was considering calling a referendum to introduce harsher sentences for rapists, paedophiles and murderers.

‘We are analysing the opportunity of a referendum to implement drastic punishments for criminals, rapists and paedophiles, such as life imprisonment or chemical castration. These measures need popular validation before being applied she wrote on her Facebook page.

‘Romanian institutions failed in their duty to protect the fundamental right to life,’ Iohannis said. ‘Those responsible will have to face harsh punishment. Sentences, however harsh, do not bring back lost lives. We must identify means to prevent such tragedies from ever being repeated.’ 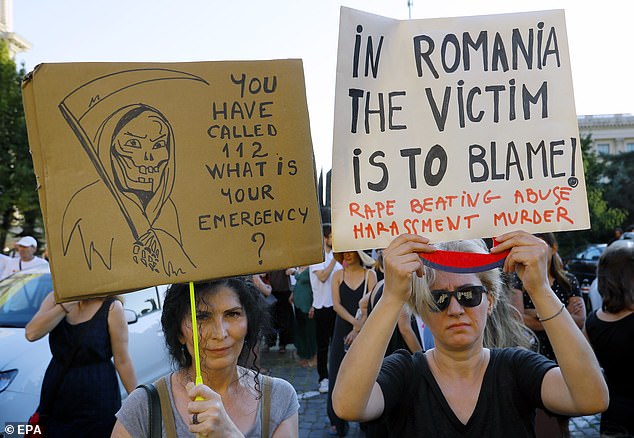 Clash of cult groups: Residents urge Police to beef up security in Oworonshoki and Gbagada, Lagos