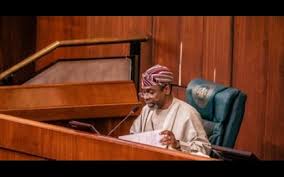 The House of Representatives has passed N238.14 billion for the Nigeria Customs Service as budget for the 2020 fiscal year. National Assembly Correspondent Joke Adisa reports that the lawmakers also passed for second reading, a bill for an Act to establish the National Oil and Gas Museum Research Institute in Oloibiri, Bayelsa state

The lawmakers are sitting this Friday due to the death of their colleague in the Senate on Wednesday. The sad incident forced them to suspend Thursday plenary, as a mark of honour for the late lawmaker.

As they converged on Friday, the passage of the Appropriation Bills of the Federal Capital territory and the Nigeria Customs Service were their
priorities.

In line with the Medium Term Expenditure Framework approved by the National Assembly, the Chairman, House Committee on Customs says the projected revenue for the year 2020 is N238.14 billion.

The report is taken at the Committee of supply where a clause by clause consideration is done. At the end of the exercise, the Deputy Speaker puts the legislative effort in perspective

The NCS budget has a capital expenditure of N123.59 billion, a personnel cost of N98.6 billion and an overhead cost of N15.95 billion.

The legislators are also seeking to establish the National Oil and Gas Museum Research Institute to be located in Oloibiri, Bayelsa state where
oil was first discovered in Nigeria many years ago.

The bill was sponsored by Fred Obua.