Read how a powerful U.S official brokered deal to free Dasuki and Sowore 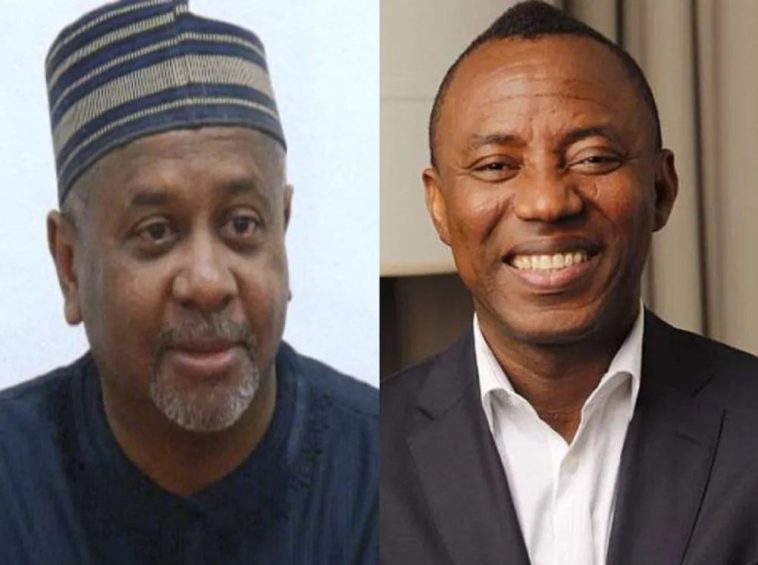 Credible sources in the presidency told Daily Inde­pendent that Mary Leonard, the US Ambassador to Nige­ria, and her deputy brokered the deal for the duo’s release after their meeting with Vice President Yemi Osinbajo and Abubakar Malami, the Attor­ney-General and Minister of Justice.

According to our source, “The truth is that Dasuki and Sowore’s release was brokered by the Americans. The US ambassador to Nige­ria and her deputy met with Vice President Yemi Osinba­jo and Malami and prevailed on them to plead with Presi­dent Muhammadu Buhari to obey court orders and release them,” he said.

Earlier, the United States Congress had written to AGF Malami, where it expressed concern about the continued detention of Omoyele Sowore by the Department of State Services (DSS).

The lawmakers said Ni­geria risks tarnishing its in­ternational reputation over Sowore’s indefinite detention and that “it will best serve Ni­geria’s interests to protect and uphold the very legal systems that provide for stability and open dialogue.

“We request that you take immediate steps to… work to facilitate a speedy and fair res­olution to the current circum­stances of his re-detention; and ensure that he receives a legally sound and credible trial, consistent with Nige­ria’s established judicial pro­ceedings and the rulings that follow,” US lawmakers, Robert Menendez, Charles Schum­er, Christopher Coons, Cory Booker, Bill Pascrell and Josh Gottheimer, said in a letter to Nigeria’s Attorney-General and Justice Minister Abuba­kar Malami.

The American lawmak­ers, however, said the govern­ment’s actions are contrary to the values of a democratic country which include “ap­plication of prosecutorial powers and actions, as well as the ultimate compliance with judicial rulings.”

The US lawmakers stated that Nigeria must work to up­hold the basic human rights of its citizens including their freedom of expression and political affiliation.

“Nigeria has an opportuni­ty and responsibility to serve as a model for following the established rule of law under its own constitution.”

The lawmakers said Mala­mi’s adherence to facilitating genuine progress toward re­spect for the rule of law will continue to pave the way for closer ties between the Unit­ed States and Nigeria for eco­nomic growth, development and security cooperation.

Exposed: Buhari asked us to deal with Oshiomhole – Gov, Obaseki