One Feared Dead As Traders Clash With Ebonyi ‘Revenue Officials’

One person has been feared dead as traders and revenue officials clash hotly in Ebonyi state. 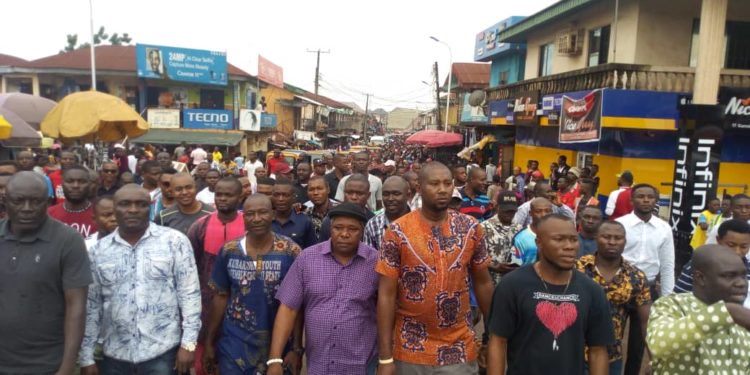 According to a report by an unanimous he said  there was crises  in Abakaliki on Wednesday as traders at the Abakpa main market clashed with revenue officials over Internally Generated Revenue (IGR) which allegedly led to the death of one person.

Incensed by the death, the traders rioted and were on the verge of vandalizing shops of some the market leaders allegedly working with the government when Police intervened to disperse them.

The source gathered that trouble started when the Special Adviser to Governor David Umahi on IGR, Martin’s Okwuegbu and the Commissioner for Internal Security and Border Peace, Stanley Emegha led some youths to collect the IGR from some traders in the market

.According to him, the traders had gone to court to challenge the removal of the market leadership before the expiration of their tenure and imposition of a new interim leadership on them by the state government.

The youths it was gathered, were members of Ekubaraoha Youth Assembly (EYA).

He alleged  the ‘revenue collectors’ were using the IGR collection as cover to close down the shops of some traders who took the state government to court over the leadership dispute in the market.

“They came to the market and were taken to the shops of the traders that took them to court and they started closing their shops accusing them of not paying IGR”.

“One of the sons of one of the traders entered into altercation with them and in the process a fight broke out”. 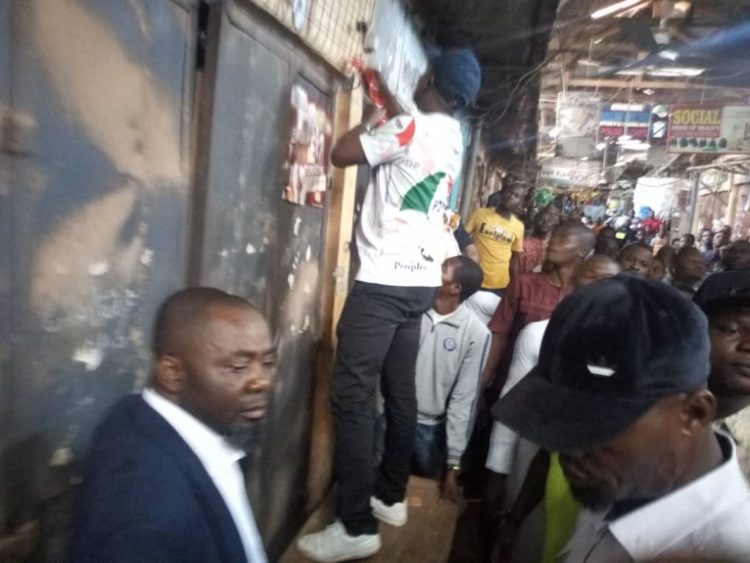 It was gathered that the traders immediately mobilized and attacked the IGR team and beat some of them up while others escaped.Not done, the traders began rioting. They went to the shop of one of the leaders believed to be working with the government and attempted to vandalise it when Police arrived and chased them away.

The Police tear gassed many of them to disperse them and arrested many others.

Our Reporter on a visit to the market saw Police men brutally assaulting passersby and whisking them into their car in a brutal manner.

Police spokesman, Loveth Odah denied that anyone was killed in the incident.

She confirmed that one person sustained injury on the head and was rushed to the Federal Teaching Hospital Abakaliki for treatment.

“I am not aware of that, I wasn’t there. You can go and ask the SA on Markets what happened,” he said

He also said that no government official has the right to deploy his members for any purpose without informing him.

The Commissioner for Internal Security, Stanley Emegha denied that anyone was killed.

He noted that he, in company of the Special Assistant on IGR, Martin’s Okwuegbu, went to the market to seal some shops. 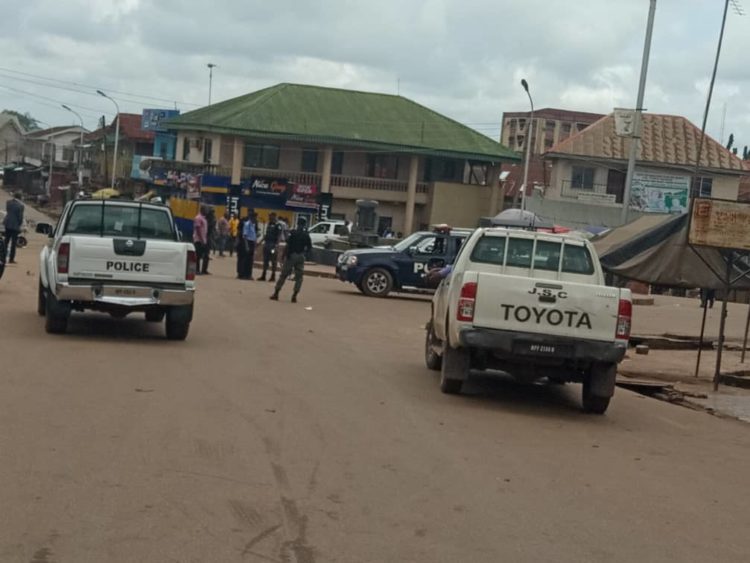 He denied knowledge of any fracas or death adding that the exercise was peaceful.

“We sealed the shops and left peacefully. I am just hearing from you that someone died. Nothing like that happened while we were there”, he said.Mr. Okwuegbu denied that the exercise was used to victimise some traders opposed to the government action on the market leadership.

“We served them notice to pay three times before going to seal their shops. If anyone says he or she has paid let them come and present their records and we will immediately open the shops”, he said.

He said that the former Chairman of the Market was removed for embezzlement of government revenue he collected from the traders.

“We as government went there to enforce the evaders of tax and levies. We locked up their shops and left, later we heard there were trouble whereby we sent security agents to ensure there is no breakdown of law and order in the market and that’s all I know. I don’t even envisage that somebody died. I was there in the morning and I left without resistance”

Gunmen Shoot Policeman, Two Others In Taraba Just 1 Day After Attack On Family Of Five

Gunmen Shoot Policeman, Two Others In Taraba Just 1 Day After Attack On Family Of Five