Ogun state Police command advises members of public to put on hold any form of public procession, rally or carnival 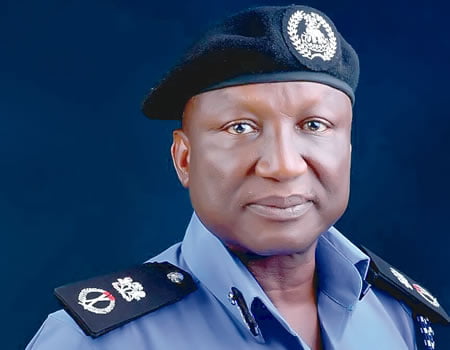 The Ogun state Police command has advised members of the public for the purpose of peace, law and order, to put on hold for now any form of public procession, rally or carnival related to chieftaincy and land matters, to rather seek alternative dispute resolution methods, or approach the law court for redress.
This was disclosed by security intelligence at the disposal of Ogun State Police.
It revealed that some unscrupulous elements are scheming to foment trouble across the State with a view to disrupting the inauguration of the new administration scheduled for 29th May, 2019; thus, rallies, processions and assemblies in public places are being orchestrated by these enemies of peace seemingly to resolve chieftaincy and land-related matters rather than approaching the Court to seek justice. All of these are aimed at heating up the State before inauguration.
In furtherance to this, persons or group intending to hold public assemblies and rallies other than as stated above are advised to contact the office of the Commissioner of Police, Ogun State, for necessary approval and security.
In view of this, the Command has put in place a robust security arrangement aimed at checkmating such trouble makers and other criminally-minded persons, including miscreants and disgruntled elements. The special units of the Command namely SARS, PMF, STS, Anti kidnapping as well as DPOS and Area Commanders have been placed on red alert with specific instruction to closely monitor  these misguided elements and respond swiftly to any distress calls and disturbance  of public peace.
The Commissioner of Police, CP Bashir Makama, has also ordered twenty-four hourly surveillance patrols across the length and breadth of the State.
As a consequent,, the Command will not hesitate to deal decisively with anybody or group who attempts to disrupt the peace of the State no matter how highly placed such person(s) may be, as the law is no respecter of anybody. The Police in Ogun State is committed to the defense of the rule of law, safety and security for all law abiding citizens in Ogun State.