Man Hacks Friend To Death Hours After Eating With Him 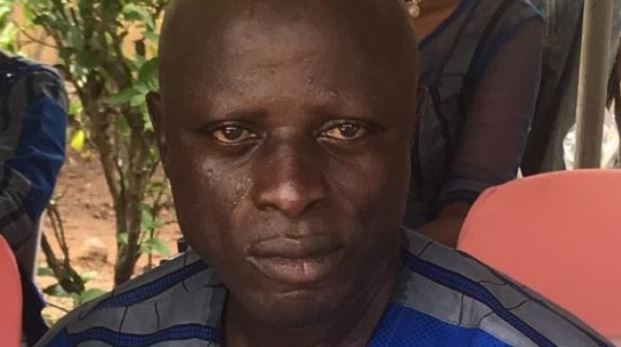 Ibrahim Ajayi Allah
A former staff of the Nigerian National Petroleum Corporation (NNPC) has been killed by his friend after a meal leaving many people in shock.
TheCable has shared details of how the incident happened:
When Ibrahim Ajayi Allah (pictured), a retiree of the Nigerian National Petroleum Corporation (NNPC), relocated from Ogidi in Kogi state to Oke-Oyi near Ilorin in Kwara, little did he know that he would not see the end of the year. The decline in his business had made him change location but unfortunately that turned out being a big mistake as he was hacked to death on Friday.
According to a close friend of the deceased, Allah acquired eight hectares of land at Oke-Oyi where he developed a close relationship with the man suspected to have killed him.
“He was always going in and out with the guy. In fact on the day of the murder, they were together and had lunch together before my friend was savagely axed to death at about 5pm,” Allah’s friend told TheCable.
“When the police searched the guy’s house, they found my friend’s phone and other personal effects. He is said to have confessed to having killed my friend.”
Speaking with TheCable, Modinat, the deceased’s wife who is based in Abuja, appealed to the police to get to the root of the matter in order not to let her husband die in vain. She said before he was murdered, she spoke with her husband on daily basis.
Modinat said she became worried on Saturday when she did not get the usual morning call from her husband. She tried to reach him but his lines were unavailable and when the call finally went through, it was picked by a policeman who told her that her husband was involved in an accident.
“He usually calls me in the morning. He called me on Friday morning. When I didn’t get his call on Saturday morning, I called his lines and none were reachable. Later, one rang and someone picked it and said my husband had an accident and that his phone was with the police and they asked me to come there. I linked them to my husband’s brother in Ilorin before I arrived there,” Modinat said.

“By the time I got there, it was already 8pm and I was told he was in the hospital. When I asked to see him, that was when my husband’s brother told me that he was dead.
“A farmer suspected something and called the local vigilante group who reported to the police.  When the police came, they saw his car and his phone. That was how I was able to call his number.”
She said the police identified the suspect as one Waheed whom her husband was close to in his lifetime.
“I saw the suspect, his name is Waheed. He actually confessed to committing the crime. I asked him what my husband did to him and he said nothing, that he did not know what came over him. He said my husband used to help him and even promised to buy him a car,” she said.
“He (the deceased) used to squat with the suspect because he is new there. He just arrived six months ago. They used to stay together and go to the farm together until he got his own apartment two months ago. A machete stained with my husband’s blood and his phone were found in his house. He also had wounds on his body and that was how they knew that he was the one who killed him.
“The Oke-Oyi police said they were going to transfer the case to a bigger police station. They had already brought the documents when I was there but since then, I have not heard anything. He has already confessed that he killed my husband and I just want justice. It may be that there are other people involved in the killing.
“I asked for my husband’s body because it was already decomposing and we buried him on Monday.”
When contacted, Ajayi Jeffery, spokesman of the Kwara police command, confirmed the incident to TheCable but refused to go into details.
He only said a suspect had been arrested and investigation was ongoing.
“Yes, I am aware of that incident. We have a suspect arrested already and intensive investigation is going on. At the appropriate time, people will be informed of the outcome of our investigation,” Jeffery said.