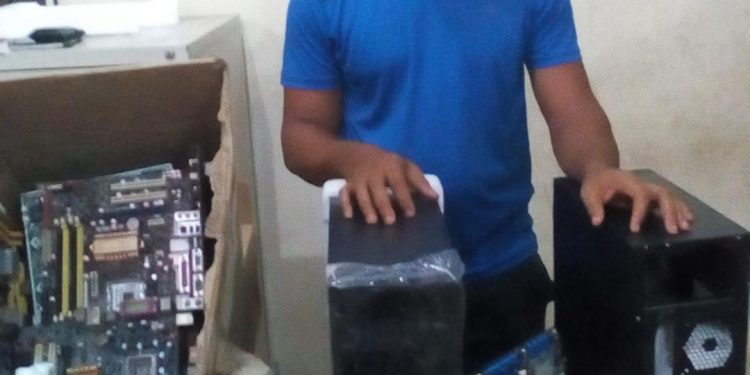 No fewer than 15 desktop panels and three broken desktops  suspected to be  stolen were recovered from his shop and residence and marked exhibit for further investigation.

Chinedu however denied the computers were stolen.

‘’Unfortunately, after I finished my training in computer engineering, I discovered in 2017 that my travel documents were about to expire, hence, I decided to return to Nigeria in 2018  to avoid entering into trouble with Malaysian immigration authorities.

‘’The same year ( 2018), I rented a shop in computer village, Ikeja, to repair computers. I specialized in repairing damaged or faulty desktops. I do not repair stolen desktop computers. Most of these desktops are London (fairly) used.”

“Let me explain what I mean by cloning. If you have a desktop computer with bad casing, I can change it with another one with good casing. To be sincere,  I did not know that cloning is an offence If I  knew that a desktop  is stolen I would not accept to do the repair work no matter how much the customer is willing to pay me.
On how much he makes from cloning computers, he said, “It depends on the  customers patronage and how much they are willing to pay per desktop  they  brought for repair.

‘’My arrest was a surprise to me because it was  the time  I wanted to marry my heart throb. Police came to my shop at computer village and found cloning system.