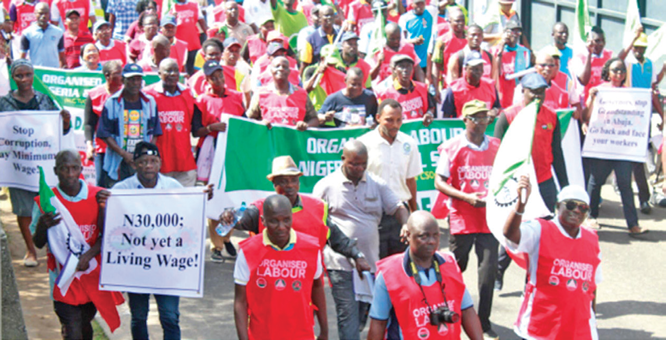 The Niger State Chapter of Nigeria Labour Congress (NLC) has expressed displeasure over the persistent attacks on some communities especially in Shiroro and Rafi local government areas in the state, saying it might disrupt the forthcoming local government election process.

State chairman of NLC, Comrade Yakubu Garba made the disclosure in a press briefing yesterday at the Labour House, Minna, adding that state government has shown no concern and not doing enough to halt the influx of run-away criminals into the state.

He regretted that the unabated attacks going on may hinder the local government election slated for 30th November, 2019.

Garba further called on Governor Abubakar Sani Bello to be proactive, provide alternative shelter and continuous surveillance on the thick forest and about 70 percent of Gurmana residence have migrated to Kura while those left behind live at the mercy of God for survival.

Comrade Garba further expressed concern that over 75 percent of the affected people are predominantly farmers hence the consequences of their unharvested crops might be destroyed through bush burning and wild animals.

He told the Governor to look inward because despite the claims that huge resources have been sunk into security, the situation has not yielded positive results.

Consequently, Garba expressed dismay over the way the state government handles the issue of security of lives and properties added that no fewer than 17 communities in Shiroro and Rafi LGAs have lost hope on the ability of government to secure them.