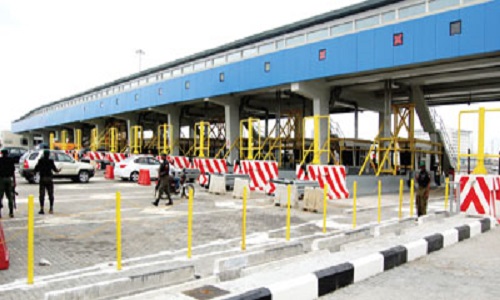 In line with the policy thrust of Governor Sanwo-Olu Babajide on traffic management and easy movement of people and goods within the metropolis, Lekki Concession Company Limited (LCC), on Thursday unveiled new initiative.

The initiative, among others, when fully operational would mark the end of cash collection at Lekki-Ikoyi Link Bridge Toll Plaza, located in Eti-Osa Local Government area of the state.

However, for easy and transparent transaction, LCC’s chief said only electronic means of payment would be accepted for the bridge.

Part of the electronic payment options, according to Omomuwasan include eTag, prepaid cards, contactless cards, or payment vouchers.

Any of these means, he explained, could be used for passages at the Lekki-Ikoyi Link Bridge Toll Plaza.

The cashless policy, however, would not affect tolling at the Admiralty Circle Toll Plaza immediately, Omomuwasan added.

He said: ”Road users are therefore advised to visit any of our customer service centres to obtain toll devices, eTag, prepaid cards, contactless cards, or payment vouchers for passages at the Lekki-Ikoyi Link Bridge Toll Plaza.  However, kindly note that cash will still be accepted at the Admiralty Circle Toll Plaza.”

Justifying the new policy, Omomuwasan, who noted that traffic management was key to Sanwo-Olu’s Theme   Agenda, said the company recently upgraded its tolling system for higher efficiency, adding that, the process of upgrading had been completed.

To ensure that the new initiative become operational without hitches, he said LCC had commenced massive public campaign.

Ultimately, he said the process is meant to achieve better traffic management, which in turn will make road users better and happier using their roads.

According to him, LCC provides 24/7 patrol services and ambulance service to take care of any emergency like accident on their roads.

He also said LCC does vehicle recovery service, in case of any breakdown, at no cost to the vehicle owners, irrespective of whether the road user is a registered member or not.

Part of the initiative was the introduction of a mobile app for road users, adding that, the app is very interactive.

About what will happen to the millions of people not captured in the financial inclusion net, he said with strategies, no one would be left stranded on either bridge or the road, assuring that, LCC had engaged competent hands to help those who may not be IT savvy.

He said the frim has relationship with several unions, especially the National Union of Road Transport Workers (NURTW), market women and others.

He said LCC, which has consulted widely with several stakeholders, will continue to maintain open line of communication, having made available toll free call line through which the public can also reach the company.