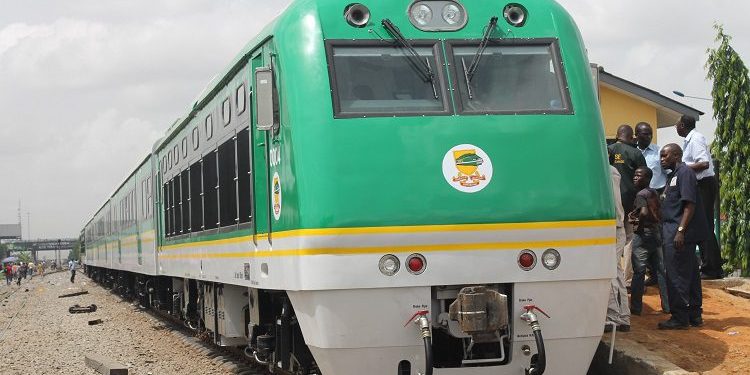 The Federal Government on Saturday expressed disappointment at the very slow pace of work on the Lagos-Ibadan Standard gauge rail project.

The Minister of Transportation Mr Rotimi Amaechi made this known during his routine inspection of the project, the last one for the year 2019.

Amaechi who was accompanied on the visit by Rivers State APC governorship aspirant, Mr Tonye Cole expressed disappointment at the slow pace of work on the tracks and the various stations, expressing doubt whether any of the smaller stations could be finished by January with the poor pace of work.

It was observed that apart from Lagos, construction activities have grinded to a halt at all the train stations, with all looking abandoned as workers seem to have gone on Christmas recess.

A Chinese, one of the project managers who spoke on pledge of anonymity said work had slowed down because the workers are already observing the Christmas break.

He expressed disappointment at the pace of work at the stations pointing out that it was the first time he would be inspecting the stations on the corridor in order to ensure that the vision kept strictly adhered to.

At the Omi Adio train Station, Amaechi ordered the stoppage of work on a concrete flooring of the station, alleging compromise in the quality of work.

The minister who condemned the shoddy concrete mix wondered if that would have been considered done had he not embarked on the inspection.

Amaechi said he had decided to always monitor the project to ensure that Nigerians are not shortchanged and the project not compromised in any way.

He however commended the contractor for finally getting to kilometre 156. The next two kilometres remaining is 157 and 158 to service the Ibadan dry port initiative by the government.

“We commend them for at least getting to the end of the contract. The contract is from Apapa to Ibadan and the end is actually now in sight and commissioning is a possibility in April.

“When it comes to track laying and track construction,  they have done well but same thing cannot be said of the train stations.”

He said the contractor has been encouraged to use local materials in the construction if the stations adding that a trial run of the local content is being carried out on the Kanola Train Station.