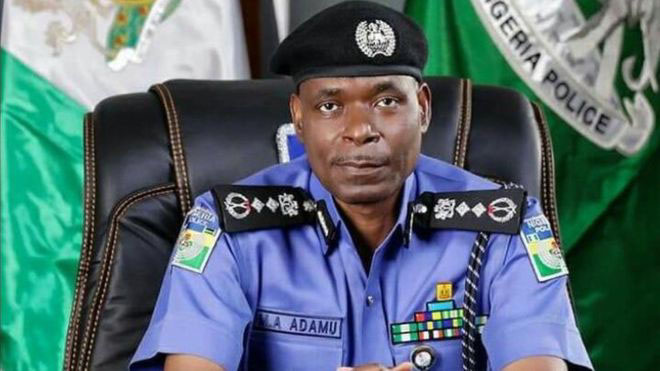 NO fewer than 66,200  policemen were deployed in Kogi and Bayelsa states during the governorship elections.

Adamu spoke yesterday at a meeting of the Inter-Agency Consultative Committee on Election Security (ICCES) in Abuja where the Independent National Electoral Commission (INEC) admitted that security lapses led  to the high level of violence that  characterised  the polls in the two states.

The IG, represnted by an Assistant Inspector General (AIG), Mr Bashir Makama, said in spite of the violence recorded in the two states, peace had returned.

Adamu added about 35 electoral suspects   arrested in Bayelsa State  were being investigated at the Zonal Command headquarters in Benin, Edo State.

“Eight suspects were arrested in Kogi and investigations are ongoing. Those found culpable will be charged to court.

“As regards the women leader that was hacked down, six suspects were arrested separately in lieu of that particular matter.  Investigation is yet to be concluded. Once that is done, proper action will be taken.”

INEC Chairman, Prof. Mahmood Yakubu, hinted that the violence in the two states   made the commission to seek a review of security arrangements for future elections.

He said that future deployment of security operatives for election duties would be guided by a comprehensive information and clear details of their postings and names. This, he explained, would make them accountable for any lapse that could undermine the elecoral process.

He said: ”INEC will review the efficacy of security deployment in relation to field experience on election day in order to determine what we got right and what we did not.

”Before the Bayelsa and Kogi governorship elections, the commission’s appraisal of the security situation using our Election Violence Mitigation and Advocacy Tool (EVMAT) identified some flash points.

“The security agencies made their own assessment based on which they arrived at the numbers of personnel to be deployed as well as other operational details in order to secure the process.”

The INEC   boss  expressed joy that yesterday’s meeting  would  provide the participants the opportunity to “review the efficacy of security deployment in relation to field experience on election day, in order to determine what we got right and what we did not.”

He added: “The commission believes that the purpose of security deployment during elections is to protect the voters, election officials and materials, accredited observers, the media and to safeguard the integrity of the processes generally, including the polling units and collation centres.

“This will not only enhance transparency, but the commission and security agencies will know who to contact in specific locations during elections when the need arises. They will also be held responsible for the proper conduct of elections in those locations.

“The IG  has assured the Commission that this new approach to the deployment of security personnel will be piloted in the   re-run elections holding next month.

”The current electoral security framework provides for deployment of personnel in three concentric circles. In the innermost circle are the polling units where unarmed policemen are deployed while in the outer circles, armed security personnel are deployed to mount roadblocks, patrols and provide rapid response in case of any emergency at the polling units or collation centers.

“We must also review the deployment of armed security to the outer perimeters so that they are readily available to counter the movement of thugs with the intention of disrupting elections through the intimidation of voters; harassment of election officials, observers and the media or snatching of election materials. Arrest of offenders must be followed by a thorough investigation so that thugs and their sponsors are penalised under the law.

“I wish to reiterate that while the Commission has no power under the law to cancel elections, we will not hesitate to suspend elections anywhere our officials report the disruption of the process or threats to the lives of voters, election officials and observers by acts of thuggery or community connivance.

“The commission will not return to the affected areas for as long as it takes until we are guaranteed adequate safety for all those involved in the process.

“The commission will submit proposals to the National Assembly on how the electoral legal framework can be amended to sanction violators and further empower the it  in this respect.”

The INEC chairman also gave  hint into the efforts of the commission to achieve technology- based elections.

“ We need to continue to deepen the use of technology for the integrity of elections. The Senate Committee on INEC has already shared with the Commission the Electoral Act amendment bill for our input. We are excited by some of the new provisions concerning electronic transmission of results.

“We are glad that the electoral legal framework is removing some of the encumbrances to the full deployment of technology for the improvement of the electoral process in Nigeria, especially result collation and management.

“The commission will work with the National Assembly for the expeditious passage of the amendment to the electoral legal framework so that work can begin in earnest to make future elections in Nigeria more technology-based. It is long overdue, it is doable, it is achievable and it is inevitable.”

Meanwhile, the commission has scheduled the re-run elections ordered  by the courts to hold simultaneously in 28 constituencies across 12 states   on January 25.

In his remarks, the National Security Adviser and Co-chair of ICCES, Maj.- Gen. Babagana Monguno (rtd), decried the violence  during the Kogi and Bayelsa  states governorship elections in spite of the promises made by security agencies.

Monguno,  epresented by   Sanusi Galadima,  said:  ”Our fear is that if nothing is done to curtail violence  in future elections, voters may not come out to vote.

”Just yesterday, if I can refresh our minds, there was a book launch in Abuja where you had leaders of all the political parties. We saw how they were embracing each other and laughing.

“To my mind, that laughter tells a lot.  It should be a lesson to those useless people killing themselves because of politics.”

LASTMA arrests 25 for driving against traffic