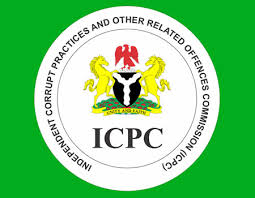 The Independent Corrupt Practices and has arraigned a former staff of the judiciary, Mr Joseph Udoh, and his wife over allegations of money laundering.

Udoh, a former registrar with the Kaduna Division of the Federal High Court and his wife, Mrs Grace, were arraigned before Justice Mallong Hoommuck on 12 counts.

In a statement on Sunday, ICPC spokesperson, Rasheedat Okoduwa, said Udoh was alleged to have misappropriated an amount exceeding N80m from the money that had been deposited in the court by a litigant.

He reportedly issued cheques in the name of his wife, who was also a staff of the court but in Abuja, and used the money to acquire properties in some major cities across the country.

The defendants however, pleaded not guilty when the charges were read to them.

After listening to arguments of counsel on both sides, Justice Hoommuck granted the defendants bail in the sum of N10m.

He also asked them to provide two sureties in like sum, who must be members of the legal profession and must own properties in a Government Reserved Area in Kaduna.

The judge, thereafter adjourned the matter until January 28, 29, and 30, 2020, for the continuation of hearing.