I will permit necessary flexibility in governance, says Makinde 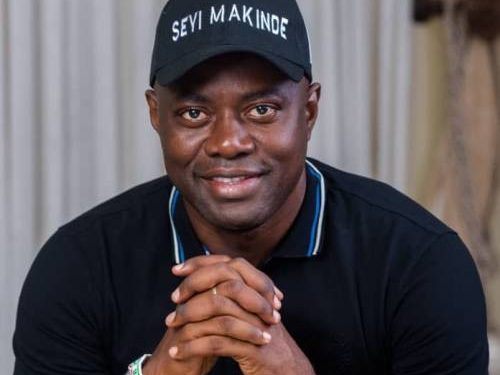 Oyo State Governor Seyi Makinde has said that he would reverse himself anytime he found it necessary because only God is infallible.

Makinde, who joined the congregation at the Oja’ba Central Mosque for a special prayer to commemorate his 52nd birthday, said that his government would always be open to corrections.

“We don’t know it all. If people tell us what we need to do, we will act. I am not proud to the extent that I can’t reverse myself, because I know that pride comes before a fall,” the Governor said.

A statement by his Chief Press Secretary Taiwo Adisa, confirmed that the Governor thanked the faithful for joining the prayers at short notice.

“Your prayers are important to me. It doesn’t matter if we have a multitude. What we have here is quality crowd,” he said, adding that he will always love to work for the people because he is out to provide service.

The Governor also said that he would not be a party to chasing street traders off the streets without providing them with alternatives, as according to him, he once sold bread at Yemetu area of Ibadan.

He said: “Somebody said that I was quoted as saying that I would not chase away street traders without providing them with alternatives. Yes, that is true because I know the mentality of street trading. I once sold bread by the roadside in Yemetu Area.

“I said so because we cannot send them away until we provide an alternative for them. And we have started enforcing that. We did that at Ojoo where we asked people not to trade at the point where we want to situate our modern terminus.

“Recently, I went there in the midnight to make sure that where they will relocate the traders to must be a comfortable place, equipped with necessary infrastructure so that when they make their sales, they may not feel like going back to the road-side.

“I actually understand the situation, because I once sold bread in front of Adeoyo Hospital in Yemetu. And I know that the money that I used to assist my mother from bread-selling was expended on my education.

Governor Makinde, who stated that his government would be fair and just to all religious organizations in the State, maintained that the prayers of Muslim clerics contributed immensely to his victory at the polls.

He stated that all the religions will be treated equally, as according to him, homes in the State have members spread across the religions.

“In my administration, whatever is due to Muslims, Christians and traditional worshipers will be given to them equally without any bias or favour,” the Governor said.

Governor Makinde also took time to x-ray the key achievements of his administration in the first six months, adding which he said include regular payment of the workers on 25th of every month; provision of security vehicles for the Security Agencies in the state; free education from primary level to secondary level;  light-up of Ibadan and cities among many others.

He added: “Also, there is an improvement in our health care system. When we came in, they were saying members of the NURTW were causing trouble. But now, this has stopped. I can assure you that where we have noticed some pockets of challenges will be addressed.

There Is No Basis Begging Buhari To Release Sunday Igboho – Afenifere