Mamud noted that the traditional way of using the military might in tackling violent extremism by the insurgents had not recorded much success. 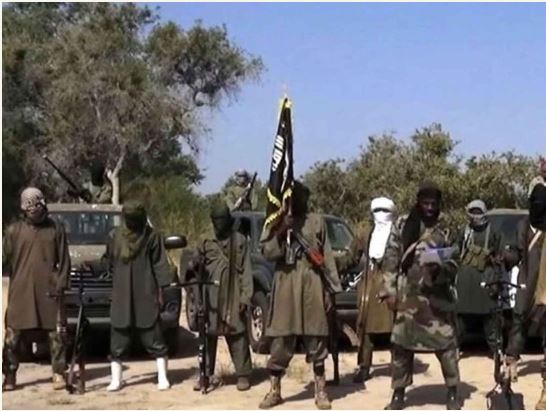 Free sex has been attributed as one of the key factors swelling the ranks of Boko Haram fighters, a researcher and Deputy Director at the National Defence College, NDC, Abuja, Dr Yusuf Abubakar Mahmud has said.

Dr Mamud also alleged that some religious preachers have contributed to violent extremism exhibited by the Boko Haram members through the indoctrination of the followers and false preaching and therefore advised the Federal Government to consider regulating public preaching by religious clerics.

Speaking at the weekend in Abuja ahead of the twin book launch, ‘In God’s Name We Fight: Embracing and Renouncing Violent Extremism’ expected to be launched this week, alongside another book titled ‘Turning Forty’, Dr. Mamud, who has been a researcher at the NDC for about 20 years, said his lengthy studies and experience prove that the family unit is key to tackling the ignorance which fuels extremism.

He argued that engaging the family and religious leaders by government, security agencies and other stakeholders could serve as a panacea in ending the scourge of violent extremism like Boko Haram as being experienced in Nigeria.

Mamud was of the opinion that a softer approach to preventing and countering extremism and terrorism, can be implemented successfully using the family and religious leaders, without forgoing the military offensive and counter attacks.

Although he said that the hard military power approach was relevant, there was the need to identify individual family groups and religious groups to ask pertinent questions that have to do with the solutions.

According to him, “Sex is a major factor that drives insurgents and that is why girls secondary school has become their targets. Any time military overruns the camps of the insurgents, you find out packets of condoms and enhancing drugs.”

Continuing, he said, “The import of this story is that, when you want to counter violent extremism, we must adopt a different approach and that approach is that, we must start from the family unit and members of the religious group in that society. The take here is that every member of Boko Haram today that is existing, came from a family, they did not drop from the sky.

“And if indeed they actually came from a family and we try to engage the family, we will be able to understand some of the background issues that pushed that person into that behaviour and with that, we will be able to develop an evidence-based response on how we can make such person renounce such behaviour.

“My advice to government is that, if we must move forward in this, yes it as much as I believe that the hard power approach is still very relevant but when we have been able to contain escalation of violence, we should now try to identify the various individual families and members of the religious group, sit with them and ask them very pertinent questions on the way forward and not we bringing solutions and given to them, those solutions cannot give what they want.

“We should ask them what do you think we should do to solve this problem and not we constituting threats to those societies.

“Ignorance is basically the driver of violent extremism. Most of those that get into this is totally ignorant of what they are saying they are pursuing.

“Another key important issue is government security forces. I am not saying that they are not doing well, but I am saying that they need some new form of training. If possible, the military institution will start having a robust curriculum in preventing and countering violent extremism so that they should be able to understand the dynamics and the drivers and some of the issues they have to put in front in the cause of trying to counter violent extremism.”

Dr Mamud, who also advised that public preaching by clerics needs to be regulated and closely monitored by government and security agencies, further called for a rejig of the curriculum of the military institutions and training to factor in family intervention and other relevant social indices.

He said, “And the last one which we cannot totally stop is the area of bad influence. My advice to the Government is that we are getting to a point where the government has to start looking at regulating public preaching he said”

Driver Killed By Policeman Over N50 Bribe In Ondo State