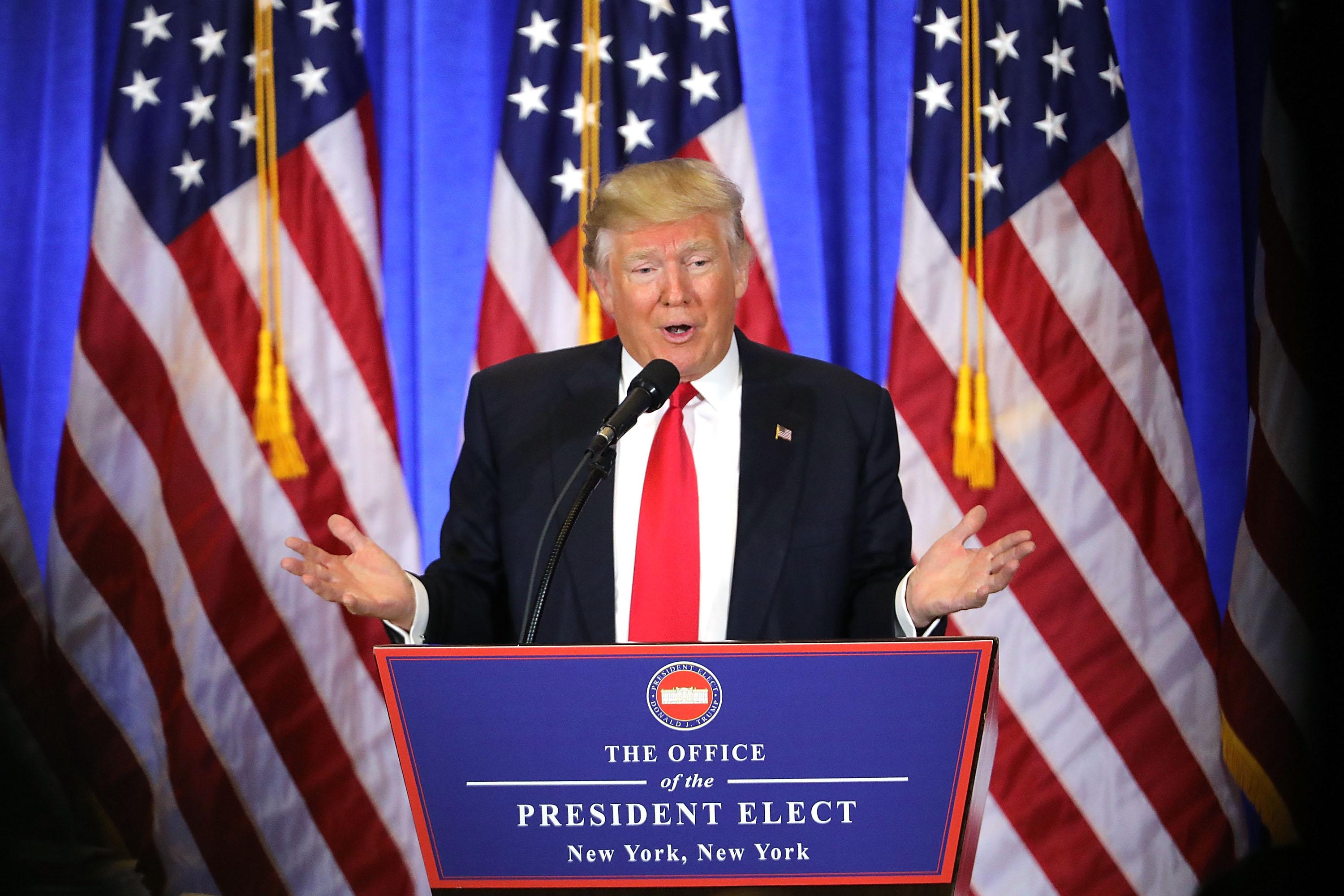 The Democrat-controlled House of Representatives passed a resolution on Tuesday night condemning President Donald Trump for his “racist comments” about four Democratic congresswomen of color.

The resolution passed largely along party lines — 235 Democrats joined by only four Republican supported the measure — following hours of back-and-forth and gamesmanship between Republicans and Democrats, which included a GOP objection to House Speaker Nancy Pelosi’s remarks about Trump, and whether she would be allowed to keep speaking on the floor.

The four Republicans who voted in favor of the resolution, which “strongly condemns President Donald Trump’s racist comments that have legitimized and increased fear and hatred of new Americans and people of color,” were Reps. Will Hurd of Texas, Fred Upton of Michigan, Susan Brooks of Indiana and Brian Fitzpatrick of Pennsylvania. Rep. Justin Amash, who announced his departure from the Republican Party earlier this month, also voted in favor of the resolution.

Man apprehended with loads of foreign currencies worth over N1billion cash

Police Arrest Man For Having Sex With Neighbour’s Sheep

“These comments from the White House are disgraceful and disgusting and the comments are racist,” Pelosi said as she first introduced the resolution condemning Trump’s incendiary remarks about the congresswomen.

Also, Rep. Al Green, D-Texas, planned to read articles of impeachment against Trump on the House floor on Tuesday night in a bid to force a vote on the issue, which Democratic leaders have opposed.

Trump tweeted Sunday that, instead of criticizing his government, the four should “go back and help fix the totally broken and crime infested places from which they came.”

“Every single member of this institution, Democratic and Republican, should join us in condemning the president’s racist tweets. To do anything less would be a shocking rejection of our values and a shameful abdication of our oath of office to protect the American people. I urge a unanimous vote,” Pelosi said.

Rep. Doug Collins, R-Ga., asked Pelosi if she would like to “rephrase her comment.” House members are barred from making disparaging remarks about the president on the floor of the House, but the resolution was aimed at criticizing the president for comments directed at four congresswomen of color who he said should “go back” where “they came” from.

Pelosi said she had “cleared my remarks with the parliamentarian before I read them,” referring to the House’s rules referee.

Collins persisted. “I made a point of order that the gentlewoman’s words are unparliamentary and her words be taken down,” he said.

The proceedings were then put on hold for over an hour as Collins’ request was considered. After the 60-minute mark, presiding chair Emanuel Cleaver, D-Mo., decided he’d had enough, and chastised both sides for rushing the vote and escalating tensions.

“We don’t ever, ever want to pass up, it seems, an opportunity to escalate, and that’s what this is,” he said.

“We want to just fight. I abandon the chair,” he said before hitting his gavel and walking out.

A short time later, House Majority Leader Steny Hoyer took the chair and announced Pelosi’s comments had been found “not in order.” But the Maryland congressman then called a vote on whether the comments should be stricken from the record and the Democrats prevailed on a party-line vote, allowing Pelosi’s remarks to stand after an almost two-hour delay.

Because she’d been found out of order, Pelosi was barred from making comments on the House floor for the rest of the day — but Democrats voted to allow her to keep talking, again along party lines.

House Minority Leader Kevin McCarthy — who’d defended the president’s tweets earlier in the day — chided Democrats for having defied decades-old precedent. “The House just voted to condone this violation of decorum,” he said.

The vote on the resolution proceeded after fiery remarks from Rep. John Lewis, who’d marched alongside Martin Luther King. “Segregationists told us to go back,” he said.

In a closed-door meeting with House Democrats ahead of the proceeding, Pelosi said “these are our sisters” in reference to the four newly elected Democratic lawmakers: Reps. Rashida Tlaib of Michigan, Ilhan Omar of Minnesota, Alexandria Ocasio-Cortez of New York and Ayanna Pressley of Massachusetts.

Pelosi, D-Calif., insisted the resolution is about more than just “The Squad” — the nickname for the four congresswoman.

“The fact is, as offended as we are — and we are offended by what he said about our sisters — he says that about people every day, and they feel as hurt as we do about somebody in our family having this offense against them,” Pelosi said.

“This is, I hope, one where we will get Republican support,” she said. “If they can’t support condemning the words of the president, well, that’s a message in and of itself.”

Her California counterpart McCarthy said in a news conference Tuesday morning that he did not believe Trump’s tweets were racist.

“I believe this is about ideology; this is about socialism versus freedom,” McCarthy said, adding that the four congresswomen “talked more about impeachment than anything else” at a news conference Monday where they responded to the president.

“This is more from their base, it’s about politics, and it’s unfortunate,” he said. “We should get back to the business of America.”

Rep. Liz Cheney, R-Wyoming, said at the news conference that she wanted to make clear the GOP’s “opposition to our socialist colleagues has absolutely nothing to do with their gender, with their religion or with their race, it has to do with the content of their policies.”

Trump’s comments about the congresswomen have sparked a firestorm in Washington, where Democrats and a handful of Republicans have rebuked the president for his remarks and some have denounced them as racist.

In his first public comments since the controversy began, Senate Majority Leader Mitch McConnell told reporters Tuesday afternoon that the “political rhetoric has gotten way, way overheated all across the political spectrum,” adding that “the tone of all of this is not good for the country” and everyone needed to “lower the incendiary rhetoric.”

Trump tweeted Sunday that, instead of criticizing his government, the four congresswomen should “go back and help fix the totally broken and crime infested places from which they came.”

On Tuesday morning, Trump tweeted that the four congresswomen “have been spewing some of the most vile, hateful, and disgusting things ever said by a politician in the House or Senate” and asked why the House wasn’t “voting to rebuke the filthy and hate laced things they have said?”