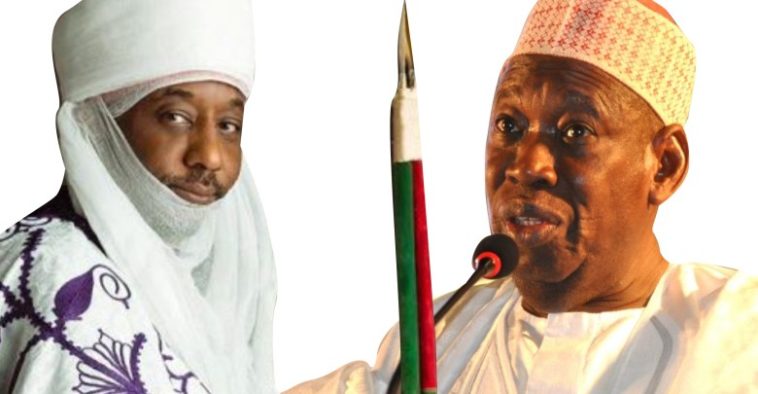 Kano kingmakers, on Tuesday, filed a motion on notice for an injunction, before the state High Court, urging it to restrain Gov. Abdullahi Ganduje from inaugurating the state new Council of Chiefs.

NAN reports that the kingmakers, led in the suit by Alhaji Yususf Nabahani (Madakin Kano), told the court presided over by Justice Nasiru Saminu that, there was an existing suit, challenging the creation of the four new emirates by Ganduje.

They further urged the court to restrain the traditional rulers that constitute the new Council of Chiefs, not to parade themselves in such capacities, as mandated by the newly promulgated Kano state Emirates Council Laws, 2019.

They requested the court to order the Governor, and his agents, to desist from inaugurating the new Council of Chiefs, pending the determination of the matter.

The plaintiffs/applicants, in suit No. K/197/2019, urged the court to issue an injunction, restraining the governor from deposing, Emir of Kano, Alhaji Muhammad Sanusi II.

The applicants, further prayed the court to fetter, Emir of Kano, Alhaji Muhammad Sanusi II,from presiding over the inauguration of the maiden meeting of the state Council of Chiefs.

They further urged the court to halt the formal inauguration of the new Council of Chiefs, as provided for in the Kano state Emirates Laws 2019.

The matter was fixed for Dec. 17 for hearing.