Five Top Politicians That Will Spend Christmas Behind Bars

By Crime Focus On Dec 24, 2019
0
Share
Some prominent figures in Nigeria will not be spending the Yuletide with their families but behind the cold bars of prison cells. 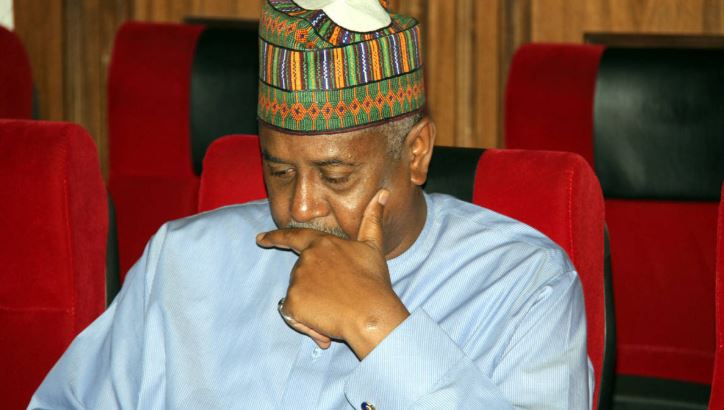 In this report, Igbere TV examines five top politicians that will spend their Christmas and New Year in jail.

Some of them despite being granted bail still remain in prison while others who appeared in court on Monday returned to prison.

The convener of #RevolutionNow, Omoyele Sowore, will spend his Christmas in jail despite court order that he should be released.

Sowore, a Nigerian human rights activist and former presidential candidate who has spent over four months in jail was re-arrested in Lagos recently while appearing in court.

The journalist and founder of New York-based publication Sahara Reporters, had been released on bail the day before.

Although he appeared in court on Monday, but there is no hope that he will be released soon.

A former Attorney-General of the Federation and Minister of Justice, Mr. Mohammed Adoke (SAN) may likely spend his Christmas in jail.

Adoke is being probed alongside others over $1.06billion Malabu Oil Block ( OPL 245) deal.

The ex-AGF was arrested in Abu Dhabi on November 11 after being watch-listed by the EFCC.

But after a month in the custody of the International Police( INTERPOL) in the UAE, Adoke voluntarily offered to return to the country for interrogation by the EFCC and trial.

He was Jailed 14 years in prison without the option of a fine after his conviction on multiple charges of “criminal breach of trust and criminal misappropriation” of public funds.

Joshua Dariye was convicted of diverting over $3.3 million in public money between 1999 and 2007 when he was governor of the north-central Plateau state.

The former National Security Adviser, NSA, Col. Sambo Dasuki(rtd) who has spent over three years in jail will also spend his Christmas in jail again.

Dasuki, who was the NSA during the immediate past government of President Goodluck Jonathan, had filed an appeal before the apex court praying that it compels the Federal Government to release him from custody.

The former NSA, in the appeal also prayed the Supreme Court to order the Federal Government to obey the bail orders granted him by the Federal High Court Abuja and the ECOWAS Court.

The Senate Chief Whip, Senator Orji Uzor Kalu despite pleading to see his doctor will spend his Christmas in jail.

On Monday, Federal High Court in Lagos has rejected an application for post-conviction bail by former governor of Abia State, Orji Kalu, who is serving 12-year imprisonment for N7.65billion fraud.

Justice Mohammad Liman ordered Kalu to remain in correctional services custody until his appeal is heard.

On December 17, Kalu applied for bail on the grounds of Ill health and the need the represent his constituency at the Senate, where he is Chief Whip.

Woman Jumps Fence To Steal A Bag Of Rice, Gets Caught