A soldier has died while fighting Boko Haram insurgents and the last chats he had with his wife has been shared online.

Abbas was serving in northern Nigeria but was looking forward to leaving the army and having more time to build a family. However, he chose to stay back to make enough money to take care of the family he intended to make.

In chats between him and his wife, he is seen making plans for their future. He revealed he doesn’t see himself doing the job for up to 10 years. He lamented that he was tired of the job, said he wished for his freedom, but told his wife he was doing it for her.

She told him to be strong that it won’t last forever and he said he intends to leave the army once he gets his own house and car. He also said he wasn’t getting younger and needs to start having kids. 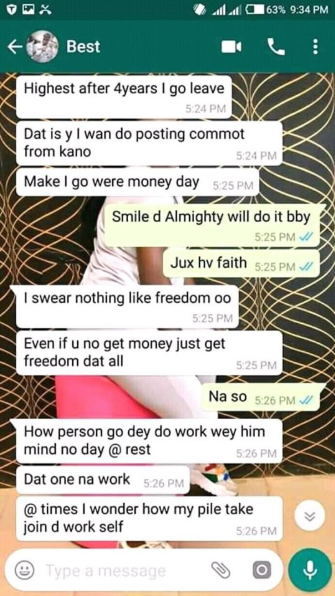 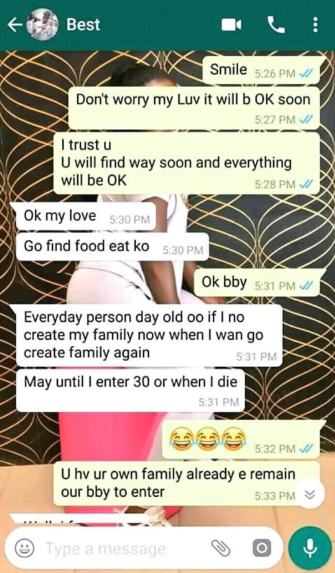 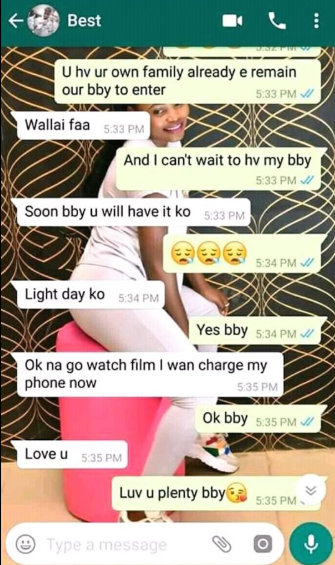 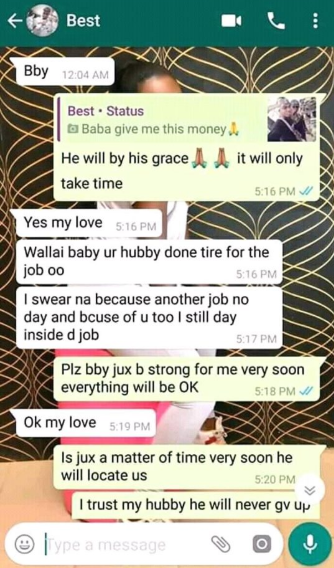 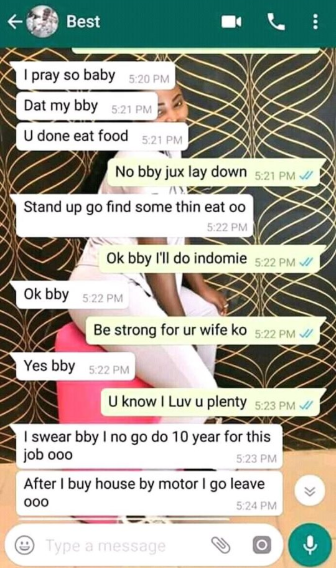 NFF Reacts To Reports Of Fraud By FG