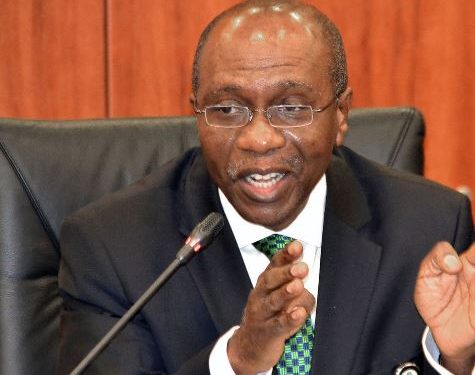 Dr Godwin Emefiele the Governor of Central Bank of Nigeria (CBN), has attributed the country’s economic growth to series of policy measures put in place by the apex bank.

“The Gross Domestic Profit (GDP) growth has remained positive for 10 consecutive quarters after the recession.

“The positive growth in GDP has been driven by improvements in Agriculture, Oil and Gas, Manufacturing and Information Communication Technology,” he said.

The governor also said Headline Inflation declined from its height of 18.7 percent to 11.08 percent in August 2019.

He said in October, there was an uptick in Headline Inflation which stood at 11.61 per cent.

According to him, the uptick is partly driven by cost – push factors such as the recent border closure.

He said that the effect would be temporary, as efforts were being made to induce greater production of staple food items.

Emefiele said, however, that the core inflation as of October 2019 was under 9 per cent.

The CBN governor said also that the country’s financial system was in a much stronger position, as capital buffers and liquidity in the banking system continued to improve.

“The percentage of non performing loans in the banking sector has declined from its high of 14.7 percent in January 2017 to under 7 percent as at October 2019.

“Credit conditions in the banking system have improved supported by our new policy measures announced in June 2019, which requires banks to maintain a minimum 65 percent loan to deposit ratio.

“In addition, banks are now able to recover delinquent loans from  customer’s accounts in other banks.

“As a result, gross credit increased by N1.16 trillion between May and October 2019.

“These measures have placed our banks in a much better position toward supporting a stronger economic recovery,” he said.

He said the impact of a tighter monetary policy regime, attractive yields in the money market, and the banks’ efforts at supporting domestic productivity in the agriculture and manufacturing sectors; along with improvements in oil production, had supported continued foreign exchange inflows into the Nigerian market.

He said over 60 billion dollars worth of transactions had taken place in the investors and exporters window since the inception in April 2017.

He said foreign exchange reserves was 39 billion dollars, relative to its low point of 23bilion dollars in October 2016.

He also said the Naira-dollar exchange rate at the investors and exporters window had remained stable for the past 30 months at N360 – 1 dollar.

He said the country had witnessed significant convergence in the exchange rate across  various market windows.

Notwithstanding these positive indicators, Emefiele said the country was still far from her potentials.

“Our GDP growth rate remains below our estimated annual population growth of 2.6 percent.

“Second, while headline inflation has moderated, it is still above the CBN band of 6 – 9 percent.

“Third, continuous growth in our GDP has not led to significant reductions in our unemployment rate and we intend to continue to support efforts that will create jobs for our growing population,” he said.