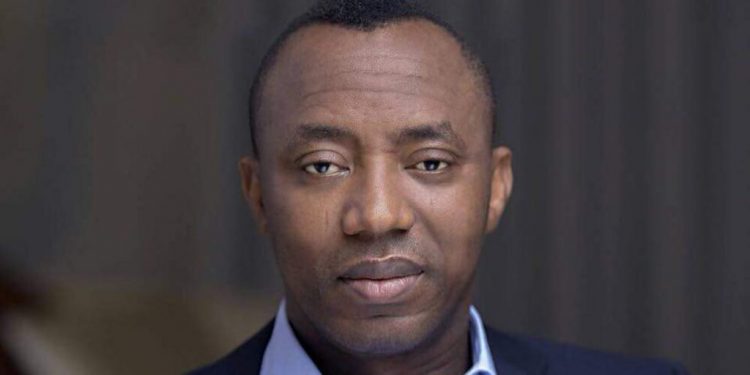 Egbe Omo Yoruba of North America, the National Association of Yoruba Descendants in North America, has condemned the re-arrest of the Coordinator of #Revolution, Omoyele Sowore and Olawale Bakare by the Department of State Services (DSS) operatives.

The group said It was particularly disgraceful that the actions of the SSS agents took place in the court room “in utter disdain for the rule of law.”

The group’s statement reads: “We have observed with great alarm the Nigerian government’s arbitrary exercise of power as well as its selective obedience to law – choosing which lawful order of the court to obey and ones to disobey. When our laws don’t apply equally to all citizens, including elected and unelected officials, we are as nation are teetering on the brink of collapse.

“We call on the Buhari administration to start retracing its steps by obeying lawful orders emanating from our courts and releasing forthwith those affected by these orders – Omoyele Sowore, Olawale Bakare, Col. Sambo Dasuki and Sheikh Ibraheem Zakzaky.

“We support the suggestion of sanctions by Senators Cory Booker and Bob Menendez as a way of bringing the Nigerian government to order. We are encouraged by other individuals and groups that are standing up to be counted on the side of obedience to lawful court orders.

“We also call on all Nigerians to stand strongly for freedom by resisting lawfully the government’s direct attack on free speech as represented by the unpopular hate speech and social media bills, which contains many provisions that do not meet international human rights standards.”

“John F. Kennedy famously said, “Those who make peaceful revolution impossible will make violent revolution inevitable.” We are watching and keeping records of those who right now are standing up for freedom and those, especially party and government officials who are sitting idle in support for tyranny.”

EFCC picks up Adoke on arrival from Dubai