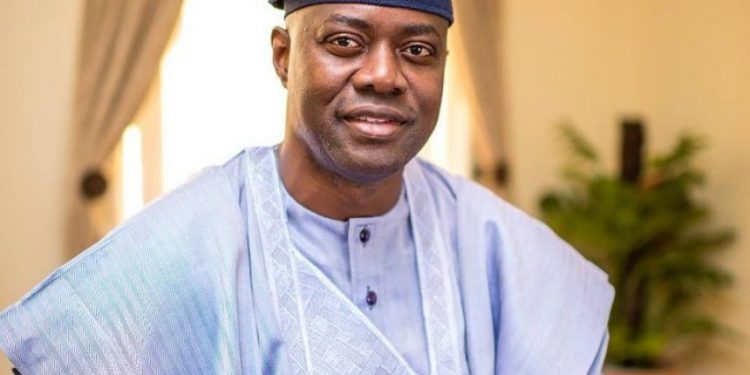 Hundreds of workers who were disengaged or compulsorily retired by the immediate past administration in Oyo state on Friday appealed to Governor Seyi Makinde not to waver in his promises to them as the group held a special prayer for their reabsorption into the state civil service.

The group while speaking during the special prayer session which held at the Nigerian Labour Congress state secretariat, Agodi, Ibadan said their faith and believe in God through the governor is unwavering, noting that the journey of their almost three years without a job has not been short of pain and torture.

With resounding shouts of “Amen”, to the words of prayers from both Christian and Islamic leaders at the event, the workers said they have learnt their lessons and have right all the wrongs that led to their undue dismissal.

Speaking on behalf the about 1,800 disengaged workers, the coordinator of the group, Mr Olasunkanmi Hassan said the prayer session stemmed from growing apprehension of the affected workers that their fate remains hanging five weeks after the committee on Dismissal/Retirement of Civil Servants between 2011 and 2019 set up by Governor Makinde to review the case had submitted its report.

It would be recalled that during the October 16 submission of the committee report, Makinde had set a four weeks’ time for implementation and expressed his resolve to implement the recommendations of the committee to ensure that innocent civil and public servants were not wrongfully dismissed or retired.

Speaking at the NLC house, Hassan said the affected workers had regularised their certificates and yearned for a return to service.

While praying for God’s favour, he said the workers held on to Makinde’s assurance during campaign and at the submission of the investigative panel report that their quest for reabsorption will be yielded to soon.

“During the campaign of Engineer Seyi Makinde, he promised that if elected as governor, he will look into our matter which he did. He set up a committee which screened us and submitted report. During submission of the report, Governor Seyi Makinde asked us to give him four weeks and then we will be reabsorbed.

“We believe the process is ongoing so we converged here to have special prayer for God to lead the governor aright.

“We believe the governor will keep to his words. I was at the office of the Head of Service three days ago and we were told to wait a bit more that a white paper will soon be released. We are optimistic and sure that our prayers will be answered.

“We also decided to organise the prayer so that God will continue to lead and protect the Governor in his administration of the state.”