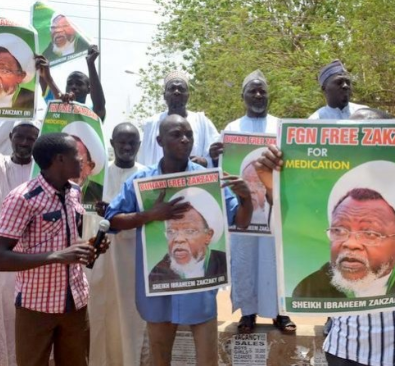 A High Court of the Federal Capital Territory (FCT), sitting in the Apo area of Abuja has remanded 60 members of the proscribed Islamic Movement of Nigeria (IMN), otherwise called the Shiite group to Kuje prison in Abuja and Suleja prison in Niger State on remand.

The 60 proscribed IMN members were arrested during the July 22 bloody protest at the Federal Secretariat area of Abuja, which led to the death of a Deputy Commissioner of Police, Usman Umar, and Precious Owolabi, a National Youth Service Corps (NYSC) member with Channels Television.

They were arraigned before the court on November 27 by the FCT Command of the Nigeria Police. The suspects were arraigned on charges bordering on homicide, disturbances of public peace, and destruction of government properties.

They had, however, pleaded not guilty to the charges preferred against them by the police. On resumption of the case on Tuesday, counsel for the defendants, Bala Dakum, informed the court that he had…

One dies as truck crushes Taxi in Abuja

2 Women seen fighting over a married nan in Lekki (Video)