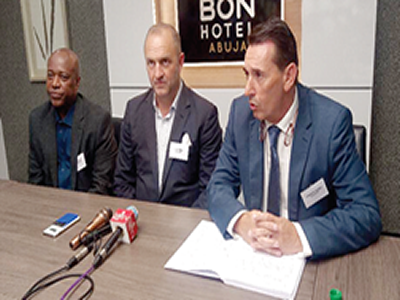 Recently, BON Hotels revealed it would open over 22 hotels with Nigerians as part of its contributions to increase investment and reducing unemployment in Nigeria. REGINA OTOKPA reports

Nigeria’s unemployment rate has been predicted to reach an alarming rate of 33. 5 per cent by next year.  Currently, it stands at 23.1 per cent and underemployment at 20.1 per cent.

With such a frightening situation which could turn catastrophic if decent jobs are not created for the nation’s burgeoning population, it has become imperative for all hands to be on deck to create more job opportunities to gainfully engage the millions of Nigerians roaming the  streets in search of job.

Just as they say, little drops  of water make a mighty  ocean. This huge task calls for a collaborative effort by everyone who wishes Nigeria well either as citizens  or foreigners,  an indigenous company or foreign investor(s), to help prevent the growing unemployment crisis from escalating any further.

Executive Director, BON Hotels International West Africa,  Bernard Cassar,  recently described Nigeria’s hospitality and tourism sector as an untapped possibility that could further help engage unemployed Nigerians. According to him, Nigeria required  increased investment in  the hospitality and tourism  sectors of the economy as a  way  of  reducing the high rate of unemployment in the country.

Speaking to Inside Abuja at the formal  launch of its new hotels, he disclosed that due to the desire of BON Hotels Group to add more holistic value to Nigeria as a country and to the hospitality and tourism sector, the organization would in the next three years, establish 22 new hotels across major and secondary cities, with about six springing up before the middle of next year.

Cassar, who noted that BON’s vision for Nigeria was to put 6,000 beds across the country, maintained that the organization was expanding beyond the 10 hotels it has presently in the country. He argued that  tourism in Nigeria does not only gives jobs, but it is an import aspect of the diversification of the Nigerian economy.

“The BON Hotels group, which currently has 10 operational BON hotels in Nigeria, will open another 22 hotels and residences in the next few years in major cities and secondary towns, with five hotels opening within the next four months.

“Our ethos has always been to add value, create tourism circuits and expand the hospitality sector into all regions holistically and, in so doing, extract value,” he said.

Cassar further explained that besides adding major developments and massive investment into Nigeria, BON Hotels has a Nigerian as a shareholder and was adding massive employment with about 50 per cent of its executives as Nigerians trained by the Hotel over the years.

“Our shareholding is partly  Nigerian. It is interesting because we have the utmost confidence in Nigeria as a country. We will continue to try to add value because the only way to extract value is to have the honest approach to trying to add value holistically.

“We believe in Nigeria. We think that the opportunity is great. We believe there are so much untapped possibilities and we want to tap into those possibilities as Africans because the survival of Africa will be by Africans, ” he said.

Also speaking to Inside Abuja, the Chief Executive Officer, BON Hotels, Guy Stehlik,  harped on the importance of honesty in the hospitality and tourism sector. Stehilk said that  BON Hotels was set up in 2014 to among other things, bridge that gap.

“Honesty was something that was lacking in the industry but something that we believe  is the founding value that we want to base our business on. We have got three principles; good people, good thinking, good feeling.

“We are honest, which is why we are the fastest growing hotel business in Africa.

“We recognise the potentials that this country has and the advantage we have got is a Nigerian shareholder, we have got Nigerian executives, we are training Nigerians to become our general managers.

“Since the inception of our hotel group, we have always advocated for investment in Africa by Africans, and being able to work with such talented groups of people across the continent makes us not only hopeful, but assured of the exponential growth of the hospitality industry throughout Africa,” he said.