Attempted stow away on aircraft arrested at Lagos Airport 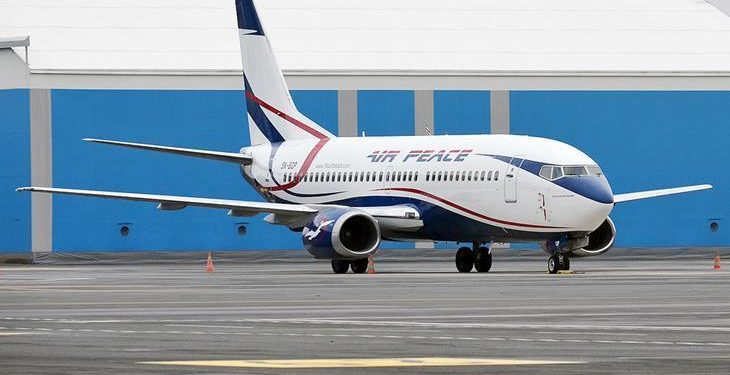 A man in his twenties who attempted stow away into the wheel well of an Air Peace Owerri bound aircraft has been arrested at the Lagos Airport.

According to the airline’s spokesman Stanley Olisa the young man emerged from the bush along the runway of the airport and tried to gain access into the wheel well of the aircraft as it was taxing for take-off.

Olisa said the pilot in command of the aircraft was alerted of the development by another pilot of a private jet who informed security personnel attached to the Federal Airports Authority of Nigeria (FAAN ) who whisked the man away.

In a statement on Friday Air Peace said:” This morning, at exactly 9:10 at the MMA1 Lagos, an Owerri-bound Air Peace aircraft(flight P47252) was taxing towards the threshold for take-off, when a man, in his twenties, emerged from the bush along the runway, and tried to gain access to the aircraft through the wheel-well.

“The security wing of the Federal Airport Authority of Nigeria, FAAN, was alerted and the man was accosted and whisked away. He is currently in the regulator’s custody. When interrogated on why he took the action, the man stated that he thought the aircraft was headed overseas. We commend FAAN for its timely intervention. The regulator is already investigating the incident.

“Air Peace remains committed to the safety of its customers and will continue to demonstrate this commitment in all aspects of its operations. At Air Peace, safety is at the heart of what we do. “

Sanwo-Olu’s Boxing Day action that will keep you wondering