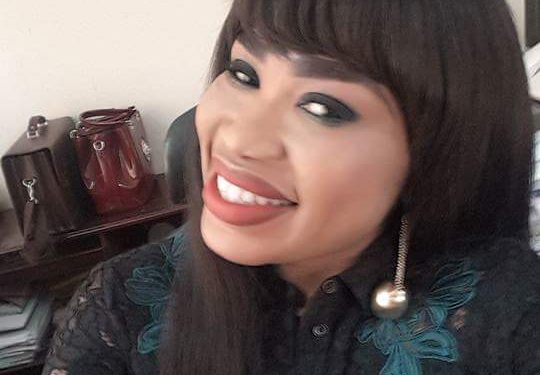 Speaking in Lagos, she said allowing foreign carriers to operate domestic flights is injurious to the health of indigenous carriers.

“Foreign carriers should not be allowed to conduct domestic operations within Nigeria.

“This is suicidal and injurious to the survival of domestic operators in Nigeria,” she said.

She also stressed the need for government to create an enabling environment for indigenous airlines to succeed by putting in place facilities and equipment.

According to her, improvement was still needed in the industry to help airlines survive.

“Airlines should be given some incentives and reduce all the multiple charges and taxation,”she said.

Olajide advised the government to withhold permits from foreign carriers on any route that an indigenous carrier was ready to commence flight operations or already operating on.

“The government and regulatory bodies should see airlines as being their partners in progress. Once this is done, conducting business will be significantly easier and it will go a long way in developing the sector.

“Once we can have all that in place in the areas of airport infrastructure, right landing aids, right operating environment, then this country will have a very viable aviation sector.

“It is possible and doable because this is one industry that generates huge revenue for the economy of this country.

“It is one industry that the government needs to pay attention to. We don’t want to destroy it,” she said.

On the assessment of Air Peace operations in 2019, she said some new routes were launched and more importantly, it commenced its Dubai flight operations.

“We now fly to 22 different destinations in seven countries. This same year, we signed contracts for the purchase of new aircraft.

“We are currently expecting 13 Embraer 195-E2 Jets; some of which will be delivered in the first quarter of 2020.

“Also, we made our debut appearance at the biennial Dubai Air Show where one of the E195-E2 jets was displayed.

“This is growth. For an airline that is just half a decade old achieving all these strides in our kind of environment, I think it is an amazing success,’’ she said.

According to her, our growth is sustained by commitment to excellence; our greatest asset is our integrity; and our greatest goal is safety coupled with on-time departure.

“These have greatly contributed to our growth in the aviation sector, making us a force to be reckoned with in Nigeria and West Africa.

“Yes, there have been challenges this year but the wins outweigh them and we focus on the wins,” Olajide said.

On plans for 2020, she said that the airline would be taking delivery of some of its Embraer 195-E2 Jets which would boost operations both locally and regionally.

“Also, we intend to commence flying some of our international routes. We are intensifying efforts to make this happen in the first half of 2020.

“So, our esteemed customers and the flying public will have more aircraft to aid their transportation,” she said.

Meanwhile, Air Peace, COO  called on the Federal Government to look into the issues of multiple taxation and charges to avoid crippling the airline business in the country.

Olajide made the call in an interview  in Lagos on Thursday.

She said that the issues had also made operating within the Nigerian aviation industry very challenging and difficult, noting that addressing such issues would enable airlines make more profit.

According to her, Air Peace has had to deal with a lot of challenges, a lot of which are crippling the business.

“There is the issue of multiple taxation and charges. These multiple charges on the ticket sold reduced the percentage that goes to the airline to less than 40 per cent of the ticket value.

“How then does one expect the airline to pay its bills, fulfill all its obligations and ensure the airplanes go for scheduled maintenance as at when due?

“This is a huge burden on the airlines and government needs to look into this,’’ she said.

Olajide said that inadequate infrastructure also posed another challenge to the industry, thereby affecting the airline’s productivity and causing huge revenue loss for the airline.

“One of such is the inadequate or poor airport infrastructure.

“Some of the airports in Nigeria don’t have facilities for night flights.

“This ultimately limits the number of hours the airplane can fly in a day. The profit margin in airline operation is very slim,’’ she said.

She noted that government focusing more attention on the industry would have multiplier effects on the economy.

Olajide said the airline had contributed positively to the Nigerian economy by creating jobs for people that otherwise would have been jobless.

“This is already a huge contribution to the economy and therefore, should be supported by the government by giving the airlines a chance to find their feet in the first few years before they are slammed with all these multiple charges and taxation.

“A cursory look at the regulatory agencies will reveal that most of the taxes collected by each of the bodies are essentially the same.

“Some aircraft parts are still classified as dutiable with customs duties as high as 20 per cent to be paid by the airline.

“These duties are crippling and they contribute in making the operating environment harsh and largely unprofitable,’’ she added.

Christians are being slaughtered in Nigeria – FFK raises alarm