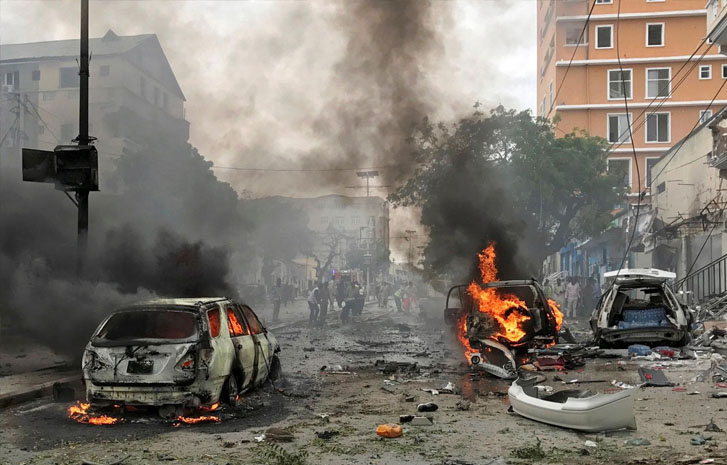 An eyewitness has reports, a gas explosion in a house at Dan Musa, the headquarters of the Danmusa Local Government Area of Katsina State has left eight members of a family dead.

The incident occurred on Saturday evening when one of the victims was cooking.

It was further learnt that the gas cylinder being used for the cooking exploded leading to the tragedy.

The spokesman for the Katsina State Police Command, SP Isah Gambo, confirmed the incident but provided no details.

One of the victims whose name was given as Maryam Shuaibu was said to have visited the town from Abuja to attend a wedding.

Sympathisers were also said to find it difficult to access the house as its gate could not be opened from outside.

One of the sources said, “The policemen who came later were forced to break the wall of the house to gain entrance but by that time, it was too late as all the victims had been burnt beyond recognition.”

A brother of one of the victims, Mai Yusuf Lawal, who also confirmed the incident, prayed for the repose of their souls.

The remains of the victims have been buried.